Life   Health  21 May 2018  Nipah virus kills 6 in Kerala: Here's everything you need to know about disease
Life, Health

Nipah virus kills 6 in Kerala: Here's everything you need to know about disease 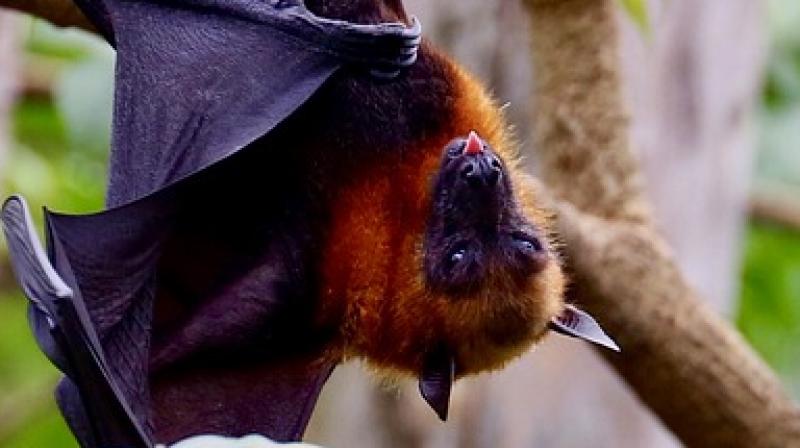 Eight other deaths in the state of Kerala are being investigated for possible links to the Nipah virus, which has a 70 percent mortality rate. (Photo: Pixabay)

The Nipah virus has so far claimed 6 lives in Kerala. The toll was confirmed by the Kozhikode district collector.

Eight other deaths in the state of Kerala are being investigated for possible links to the Nipah virus, which has a 70 percent mortality rate.

“Health department is doing everything possible to save the lives of the infected & prevent the advance of virus," his office posted on Twitter.

What is Nipah virus?

Nipah virus (NiV) infection is a newly emerging zoonosis that causes severe disease in both animals and humans. The natural host of the virus are fruit bats of the Pteropodidae Family, Pteropus genus.

When was it first identified?

NiV was first identified during an outbreak of disease that took place in Kampung Sungai Nipah, Malaysia in 1998. On this occasion, pigs were the intermediate hosts. However, in subsequent NiV outbreaks, there were no intermediate hosts.

In Bangladesh in 2004, humans became infected with NiV as a result of consuming date palm sap that had been contaminated by infected fruit bats. Human-to-human transmission has also been documented, including in a hospital setting in India.

Whom does it affect?

NiV infection in humans has a range of clinical presentations, from asymptomatic infection to acute respiratory syndrome and fatal encephalitis. NiV is also capable of causing disease in pigs and other domestic animals. There is no vaccine for either humans or animals. The primary treatment for human cases is intensive supportive care.

In India the disease was first reported in 2001 and again six years later, with the two outbreaks claiming 50 lives.

Both times the disease was reported in areas of the eastern state of West Bengal bordering Bangladesh.

Bangladesh has borne the brunt of the disease in recent years, with more than 100 people dying of Nipah since the first outbreak was reported there in 2001.

In Bangladesh in 2004, humans became infected with Nipah after eating date palm sap that had been contaminated by infected fruit bats.