Life   Health  21 May 2019  Protect yourself from flu this season
Life, Health

Protect yourself from flu this season

Here’s all you need to know about flu vaccination and all the factors you need to be mindful about to protect yourself from influenza. 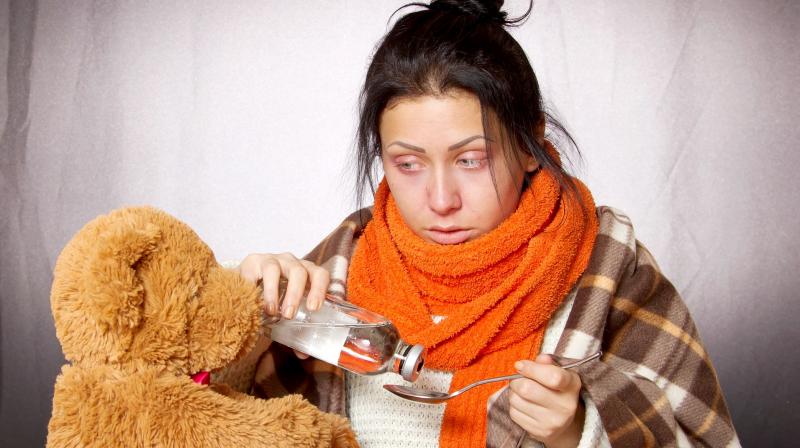 If you delay your decision to be vaccinated, when the flu season is well underway, your chance of becoming infected increase significantly. (Photo: Representational/Pixabay)

When most of us get the flu, we spend three or four days on the couch feeling miserable, then we bounce back pretty quickly. But others, who catch the flu have more severe symptoms and need to be hospitalised because they’re at risk of life-threatening complications. Some people even die from the flu.

The best way to protect against influenza is to get a flu vaccine each year. It’s not as effective as some other vaccines, but it reduces your risk of getting the flu by around 60 per cent. Protection often begins to wane four or five months later, so getting vaccinated in mid to late May, or even early June, will give you better protection at the height of the flu season. But there are number of factors to consider before deciding when to get your flu shot.

According to the World Health Organisation, "Influenza viruses are constantly changing, and can infect both humans and animals (birds, pigs, horses). There are several types (namely A, B and C) and sub-types of the influenza virus. In India, both seasonal influenza and avian influenza (in wild birds, poultry) have been widely reported."

Vaccination is recommended each year for protection against seasonal influenza. Antiviral drugs for influenza given early (within 48 hours of symptom onset) may reduce severe complications and deaths.

Why get a flu shot each year?

Our body’s immune response to the vaccine also wanes over time. So even if you were vaccinated last winter, you may no longer be fully protected 18 months later, depending on your age and your response to the last vaccination.

Latest influenza vaccines are usually available in early April or even in March internationally. The segments of the population most at risk of developing complications due to the flu are pregnant women (during any stage of pregnancy), all people aged 65 years and children below the age of eight.

Is it good to get in early?

Getting a vaccine immediately after it becomes available will ensure you don’t miss out if there’s a vaccine shortage. And it will protect against the “summer flus” the world has been witnessing over the last few months, which are circulating earlier than normal.

But there is a potential downside. Protection against influenza peaks one to two months after you have your vaccine and then declines. This rate of decline varies from person to person, by age and by influenza strain.

So get yourself vaccinated according to the peak of flu season in your region. So if you get vaccinated four to five months prior to the peak virus months, you will have lower levels of protection when the influenza virus is at its strongest.

When is too late for the flu shot?

If you delay your decision to be vaccinated, when the flu season is well underway, your chance of becoming infected will significantly increase. Ask your doctor or family physician about the ideal vaccination window to maximise your protective levels of antibodies generated by the vaccine and getting vaccinated before there are significant levels of influenza virus circulating.