Read why green mamba venom could be a life saver 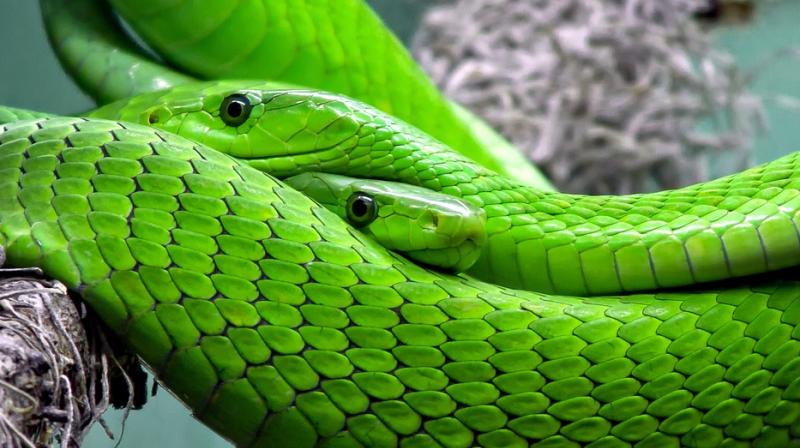 Researchers claim that the green mamba venom could be used to cure PKD (Photo: Pixabay)

According to a recent study, a peptide that is found in the green mamba venom can reduce severity of polycystic kidney disease (PKD). The disease causes fluid-filled cysts to develop, which can damage the kidneys and lead to renal failure.

When the researchers tested the green mamba peptide on mice with the disease, cysts went down by 47 percent which lead researchers to believe that this could possibly lead to a new therapy to treat PKD in humans.

These drugs block the receptors that cause the cysts, but they also lead to negative side effects such as liver damage.

In an effort to find new drug options to treat PKD, the researchers studied the venom from the poisonous green mamba snake.

What is the green mamba?

The green mamba is a snake that ranges southward from Tanzania to eastern Zimbabwe and coastal Natal in southern Africa - and its venom can be fatal in cases of severe envenomation.

Why did the research choose this particular snake?

The researchers chose to study snake venom because it tends to work by causing neural problems, some of which involve cell receptors which - and so the venom could disrupt the receptors that produce cysts in people with PKD.

For the study, the researchers isolated a peptide called mambaquaretin-1, which was known to block cell receptors.

They gave it to six mice which were genetically engineered to have PKD over a period of 99 days.

A control group of mice were given salt water instead of the peptide.

The mice were monitored to see if they suffered any negative effects from the peptide, and to see if it had any positive effects on their kidney cysts.

The results of the study revealed that all the mice given the peptide had improved kidney function and no side effects.

The researchers also found that the number of cysts in the mice's kidneys reduced by a third, and the total kidney area made up of cysts was reduced by 47 percent.

While the researchers say that more research needs to be conducted to see if the green mamba peptide is safe for use in humans and leads to the same benefits, the researchers are optimistic.

They also plan to research using the peptide to treat other ailments.