Life   Health  21 Jun 2019  Everything you need to know about auto-immune diseases
Life, Health

Everything you need to know about auto-immune diseases

Here are the top 10 things one must know about auto-immune diseases, how they work and what can be done to keep the symptoms at bay. 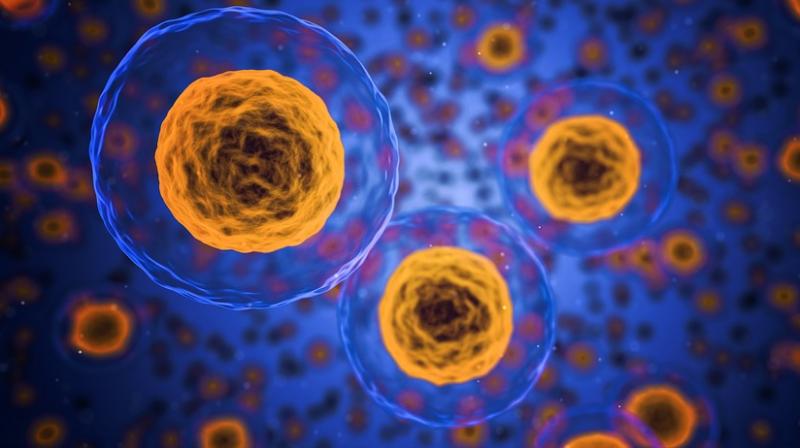 If your gut instinct is telling you that there is something seriously wrong with your body, listen o it. Many doctors may dismiss it as being tiredness or fatigue or something more common. (Photo: Representational/Pixabay)

The work of the immune system is to protect the body from disease-causing organisms by releasing antibodies to counter it. It spends your early years distinguishing the good bacteria from the bad and then starts attacking the bad ones when it enters your body.

Sometimes, the immune system mistakes healthy cells for a dangerous one and starts attacking your body. This attack can happen anywhere, from an organ to tissue to the skin. This is called an auto-immune disease.

Sometimes, single gene may cause different diseases in different people, like a gene that gave your mother alopecia can give you Crohn’s disease. “Some genes carry risk for multiple diseases, and some increase risk for just one,” said Timothy B. Niewold, director, Judith and Stewart Colton Center for Autoimmunity.

Symptoms can appear without warning

Auto-immune diseases can sprout from nowhere or after an unrelated illness like the flu. There is no sure shot trigger discovered that causes these diseases. Scientists think that the Epstein-Barr virus is responsible for diseases like lupus and multiple sclerosis. This virus remains dormant in most people’s bodies but in certain cases, it can manifest in the form of an auto-immune disease in the host body.

Out of the 23 million people having auto-immune diseases, a whopping 75 per cent are women. But the reason is unclear. ” We can tell that women have a stronger immune response in general, because men are about two times as likely to get cancer and infections,” says Johann Gudjonsson, professor at the University of Michigan. “That stronger response is a double-edged sword: It’s good for protection, but it predisposes women to an out-of-control immune system,” he added.

There are approximately 100 auto-immune diseases with overlapping symptoms like diarrhea, fatigue, hair loss, joint pain and rashes. They can all be either Celia disease, Crohn’s disease, alopecia, Hashimoto’s disease, multiple sclerosis or multiple others.

Upset stomach is usually associated with the flu or a virus. But if the condition persists and is accompanied by other symptoms like bloody stools, night sweats and fever, you may want to get it checked out. It could be a symptom of a auto-immune disease, which often cause inflammation of the digestive tract, reported The Prevention .

There is such a thing as too clean

Our body’s increased reliance to hygiene products and anti-bacterials maybe the reason why our immune system isn’t developed to fight diseases. We must allow our body to come in contact with germs, viruses and bacteria so that the immune system can develop resistance from it.  This should be practiced in children especially. If they are not exposed to dirt and germs, they can develop serious immunity issues later in their lives.

Diagnosis of these disorders is not an exact science

If you don’t know what is causing the problem, it is impossible to find a solution to it. “There are no perfect tests yet,” said Dr. Niewold.  “If you have lupus, you’ll test positive for anti-nuclear anibodies (ANA),” he explained. “But patients with many other conditions would have a positive response, as would some healthy people. Doctors need to watch for a constellation of factors. They should take into account physical symptoms—including their severity—along with family history and the ANA blood test,” Dr. Niewold added.

If your gut instinct is telling you that there is something seriously wrong with your body, listen o it. Many doctors may dismiss it as being tiredness or fatigue or something more common. But you know your body well; if symptoms persist, insist on getting yourself tested. For example, Hashimoto’s disease is often misdiagnosed to be either perimenopause or depression due to the mood swings.  Keep an account of your unusual symptoms, no matter how mild or infrequent.

Scientists are discovering something new everyday

Auto-immune diseases are unchartered territory; there is not much known about them. But despite that, researchers are hopeful. As auto-immune diseases are an outcome of our body’s misinterpretation, scientists are looking to‘re-educate’ the immune system about healthy cells. “The immune system is really good at remembering the cells it needs to attack; we now have to learn how to redirect the immune response when it targets normal organs and tissues,” said Dr. Niewold. “We have been making so much progress. There is much more on the horizon, including gene therapy and possible vaccination,” he concluded.