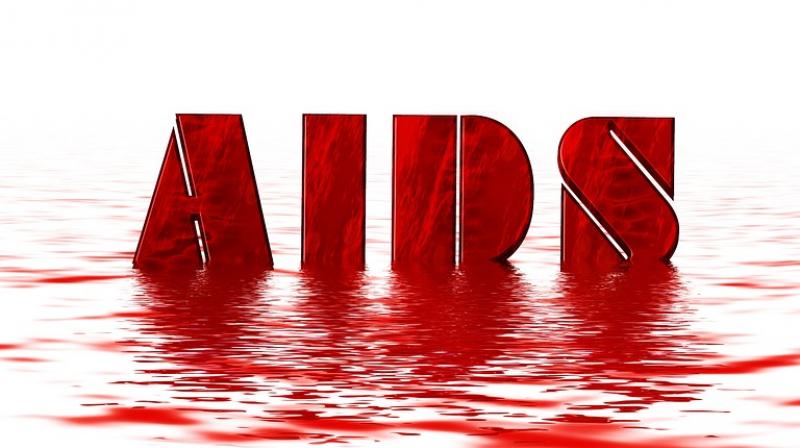 Paris: Someone is infected with the AIDS virus every 17 seconds in the world, and the disease has killed the equivalent of the population of Canada, figures released Thursday by UNAIDS show.

Here is a numerical snapshot of the disease.

Roughly 1.8 million people worldwide contracted the AIDS virus in 2016. That figure breaks down to about one infection by the human immunodeficiency virus (HIV) that causes AIDS every 17 seconds on average, or almost 5,000 per day.

Two-thirds of new cases in Africa

Since 2010, the rate of infection among adults has decreased slowly from 1.9 million then to 1.7 million per year in 2016. Two-thirds of new cases occur in Africa.

Children's cases cut almost by half

New infections among children have fallen sharply meanwhile, and since 2010 they have been cut almost by half, from 300,000 to 160,000 in 2016. A key factor has been detection among pregnant women in Africa, followed by treatment with anti retroviral drugs that protect their baby.

Today, close to 40 million people live with the virus. UNAIDS put their number in 2016 at 36.7 million. The number continues to increase however, owing to continued transmission and increased access to anti-retroviral drugs in developing countries that has raised the survival rate of HIV-positive people.

AIDS-related deaths have declined by almost 50 percent since a peak of 1.9 million in 2005, to 1.0 million in 2016. Almost 20 million people now have access to effective treatment when followed regularly. An estimated 36 million people have died since the AIDS epidemic erupted in 1981 according to the World Health Organisation (WHO), roughly equivalent to Canada's population.