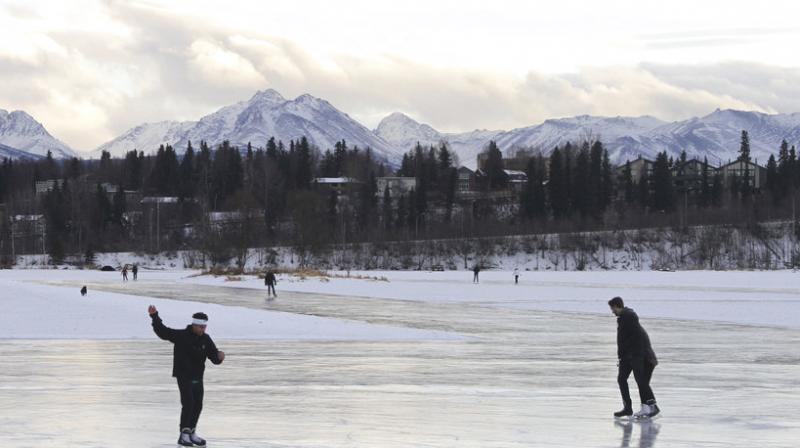 Scientists have shown that human influences significantly impact the size of the seasonal cycle of temperature in the lowest layer of the atmosphere.

The scientists from Lawrence Livermore National Laboratory (LLNL) in the US applied a so-called "fingerprint" technique. Fingerprinting seeks to separate human and natural influences on climate.

It relies on patterns of climate change - typically patterns that are averaged over years or decades.

However, in the new research published in the journal Science, the team studied seasonal behaviour, and found that human-caused warming has significantly affected the seasonal temperature cycle.

The researchers focused on the troposphere, which extends from the surface to roughly 16 kilometers in the atmosphere at the tropics and 13 kilometers at the poles.

They considered changes over time in the size of the seasonal cycle of tropospheric temperature at different locations on the Earth's surface. This pattern provides information on temperature contrasts between the warmest and coldest months of the year.

Away from the moderating effects of oceans, mid-latitude regions of Northern Hemisphere continents have a large seasonal cycle of atmospheric temperature, with frigid winters and hot summers.

Satellite temperature data are consistent with models that project that this seasonal "heartbeat" is becoming stronger with human emissions of carbon dioxide.

Other features common to the observations and model simulations are small changes in the tropical seasonal temperature cycle, and a decrease in the size of the seasonal cycle in the Antarctic region.

"Our results suggest that attribution studies with the changing seasonal cycle provide powerful and novel evidence for a significant human effect on Earth's climate," said Benjamin Santer, LLNL climate scientist and lead author of the study.

Examples of external influences are natural changes in the Sun's energy output and human-caused increases in atmospheric concentrations of greenhouse gases.

Internal influences include a wide range of natural cycles, such as the El Nino/Southern Oscillation and the Interdecadal Pacific Oscillation.

Variations in these and many other internal and external factors have driven changes in historical climate.