Don’t keep the doctor away

You may be facing an unwanted pregnancy. however, self-medication is definitely not a solution to your troubles, warn doctors. 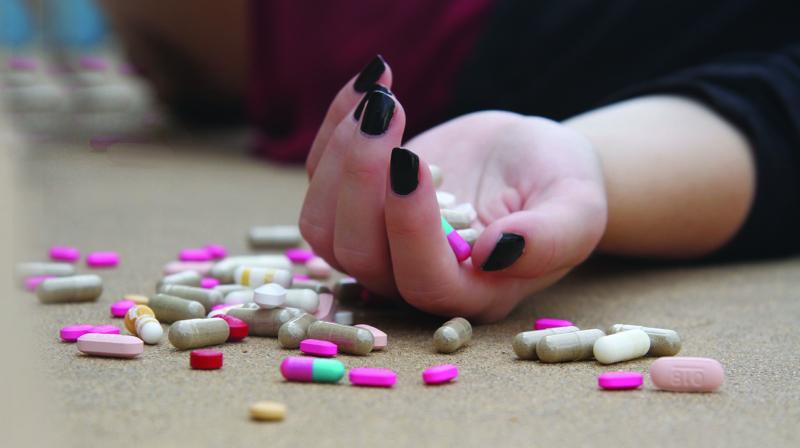 The termination of an unwanted pregnancy is still looked down upon by a large section of society.

The termination of an unwanted pregnancy is still looked down upon by a large section of society. However, the law states that abortion is legal in India and, if the expecting mother is an adult and has not exceeded 20 weeks of pregnancy, she can visit a doctor, specify her reason for wanting to go for the procedure, and get the pregnancy terminated — without anyone’s consent but her own. Doctors can allow the abortion if a woman is physically and mentally unprepared for a child, if she does not want to be a single parent, if she has given birth recently, and if she has some serious medical condition, among other reasons. As for the parents, they only need to be involved if the woman is a minor.

But is it that easy? On paper, yes, but a log kya kahenge (What would people say) mentality often forces them to go for a ‘hush-hush’ remedy. More than 15 million abortions take place in India every year. However, according to doctors, many of these are done in an unsafe manner; they result in childbirth-related complications and, in some cases, even death. The lack of experienced and qualified doctors in small towns as well as rural areas contributes to this. Only qualified doctors with government permits are ideally allowed to perform such surgical procedures. Shock, excessive bleeding, internal bleeding and infection are some of the common results of self-medication, in such circumstances.

Dr Seema Jain, Associate Director, Obstetrics and Gynaecology, Max Super Speciality Hospital, Shalimar Bagh, who has years of experience in the field, says she has witnessed many cases where women come to the hospital after going into shock. While taking their medical history, the doctor would be informed of the usage of abortion kits bought that families buy from local chemist shops. In one such case, a woman bled heavily for a couple of days before the bleeding stopped entirely and everything seemed alright. However, as the uterus had not been fully cleared, the patient kept on bleeding for months at a time, and ultimately went into hypovolemic shock. This has happened with many other women too.

Recently, the Supreme Court of India has agreed to hear a PIL that aims to increase the autonomy of women in terminating their pregnancies. Also, the law concerning the medical termination of pregnancy (MTP) has been amended multiple times. However, the problem is one that doctors cannot answer — how will health concerns trump fear of society for women? Dr Jain shares, “Only qualified doctors can suggest medicines for termination and not a layman as blood group, months of expectancy, physical condition and position of the foetus — every minute detail is important when it comes to taking such steps.” She continues, “Medical counselling also helps at times. Patients who wanted an abortion earlier have changed their minds and wanted to keep their child after talking to the psychologists and counsellors.”

There are, in fact, a number of tutorial videos online that demonstrate the usage of a pill to terminate the pregnancy. The demonstrators keep on mentioning that it may be highly dangerous to take these pills without consulting a doctor. But, after specifying that, they continue to provide a full guide and even mention the brands that are manufacturing such pills, their price and the composition of the medicines. And, guess what, the videos are available in different languages. Doctors advise people against watching these videos and feel that, instead of guiding people, the emphasis should be on the risks of self-medication in pregnancy cases. Dr. Jain continues, “The uterus is not a mere piece of fruit from which the pulp can be extracted and the skin will remain intact.”

Dr Shilpa Ghosh, Director, Obstetrics and Gynaecology, Aakash Healthcare Super Speciality Hospital, had a unique experience while visiting a chemist. She recalls, “while standing in a chemist’s shop I discovered that people were buying medicines not only for abortion purposes but for other medical cases as well, without a prescription.” According to her, the basic problem lies in how prescriptions are not given much importance and the government should be stricter about the sale of medicines without prescriptions.

As per the doctors, going for self-treatment and opting for wrong treatment to abort a pregnancy can be an aberrant to a woman’s reproductive abilities. Indeed, such aspects are not considering while attempting to get rid of the immediate problem.