Breast milk may soon become the next health craze

Sugarlogix, based in Berkely, California, has pegged the supplement to be the next big health craze. 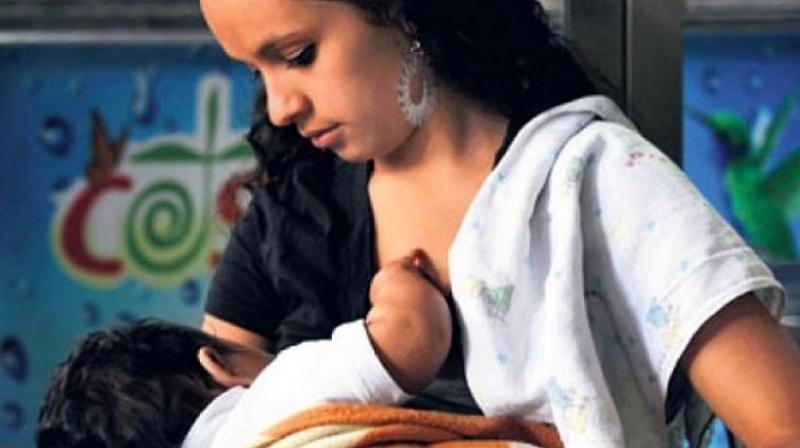 The sugars in mum’s breast milk, known to feed good bacteria in infants to keep them healthy, could be used to treat a range of conditionsin adults like diabetes, and irritable bowel syndrome. (Photo: AFP)

A start-up biotech company in the US is planning to isolate the sugars found in breast milk and turns them into prebiotic supplements. This surprising new health trend could see adults using it to improve their gut health.

Sugarlogix, based in Berkely, California, has pegged the supplement to be the next big health craze.

The sugars in mum’s breast milk, known to feed good bacteria in infants to keep them healthy, could be used to treat a range of conditions in adults like diabetes, and irritable bowel syndrome.

"Instead of feeding you and thus adding to your daily intake of calories, our sugars feed the bacteria living in your gut, and they feed only the good ones," a statement on the companies website reads.

The statement goes on to add that this does not only make the good bacteria happy, but also makes you happy as well — because having the right, beneficial bacterial microbiome in your gut is critical to your overall health.

It could also potentially be used by mothers who are struggling to breastfeed.

The health benefits of breast milk for babies are far reaching an unprotested, but would you be game enough to try it?

It is thought that even a small amount of breast milk has a positive effect on the baby's health and the longer a mother breastfeeds, the longer this protection lasts and the greater the benefits.

According to researchers, prebiotics are essentially food for the good bacteria in our guts, known as probiotics and they protect us from bad bacteria and are even thought to help us lose weight.

So the theory is, the breast milk supplement will boost your levels of prebiotics and have a knock-on effect of improving the probiotics in your system and in the process keeping the gut healthy.

Some studies have found that they were effective in reducing diarrhoea, IBS and digestive problems, while others have found little evidence to support their benefit to health.

The US Food and Drug Administration’s guidelines for using other people’s breast milk advises not to use unscreened breastmilk obtained through strangers or the internet.

Risks include exposure to infectious diseases, including HIV, to chemical contaminants, such as some illegal drugs, and to a limited number of prescription drugs that might be in the human milk.