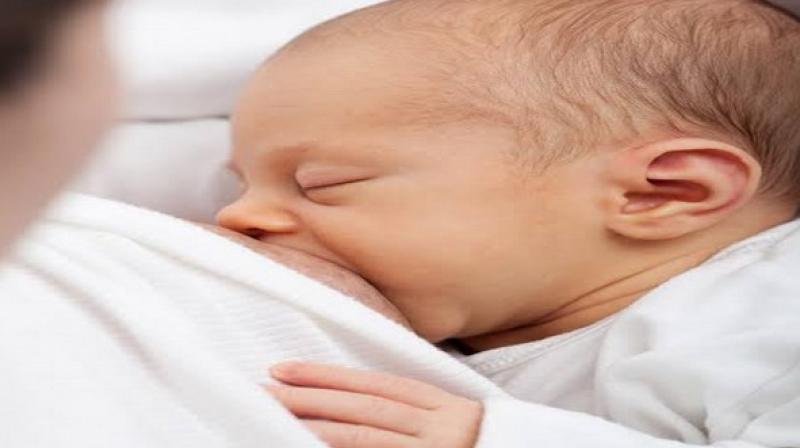 The researchers showed that human breast milk inhibits the growth of the pathogenic bacteria. (Photo: ANI)

Washington: Mothers are advised to feed their infants with breast milk not only because it provides the complete nutrition but it also has a compound that fights infections by allowing beneficial bacteria to thrive, claim researchers.

Human breast milk has more than 200 times the amount of glycerol monolaurate (GML) than is found in cow milk. GML is inexpensive to manufacture. Future research will determine if GML could be a beneficial additive to cow's milk and infant formula.

"Our findings demonstrate that high levels of GML are unique to human breast milk and strongly inhibits the growth of pathogenic bacteria," said Donald Leung, MD, PhD, professor of pediatrics at the National Jewish Health and senior author on the paper titled -- 'Scientific Reports'.

"While antibiotics can fight bacterial infections in infants, they kill the beneficial bacteria along with the pathogenic ones," said Patrick Schlievert, PhD, professor of microbiology and immunology at the University of Iowa Carver College of Medicine and first author.

"GML is much more selective, fighting only the pathogenic bacteria while allowing beneficial species to thrive. We think GML holds great promise as a potential additive to cows' milk and infant formula that could promote the health of babies around the world," added Patrick Schlievert.

When researchers removed the GML from human breast milk, it lost its antimicrobial activity against S aureus. When they added GML to cow milk, it became antimicrobial.

The researchers also showed that GML inhibits inflammation in epithelial cells, which line the gut and other mucosal surfaces.

Inflammation can damage epithelial cells and contribute to susceptibility to both bacterial and viral infections.

Schlievert and Leung have applied for a patent for the use of GML as a beneficial additive to cow milk and infant formula.