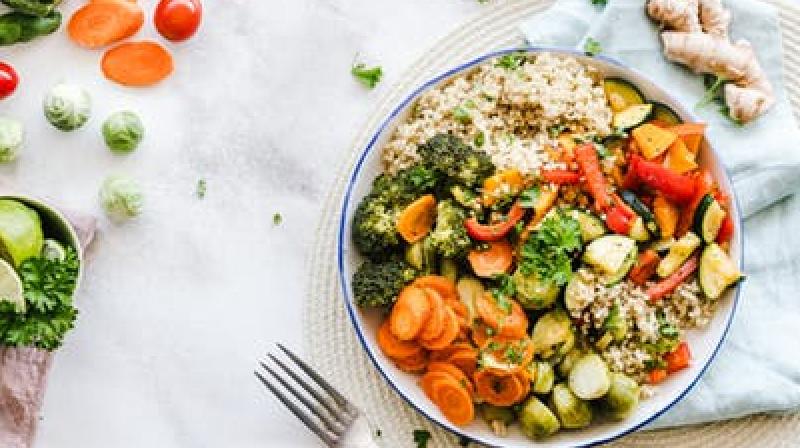 Washington: Apart from filling your bellies, certain foods can nourish the gut too! Some foods have been found that can provide protection for the gut, by helping bacteria with anti-inflammatory properties to thrive, according to a study presented at the UEG Week Barcelona 2019.

In the study, researchers have found that plant-based and Mediterranean diets including legumes, bread, fish, nuts, and wine are associated with high levels of friendly gut bacteria that aid the biosynthesis of essential nutrients. They also help in the production of short-chain fatty acids (SCFAs), the main source of energy for cells lining the colon.

Gut microbiota is the term given to the microbe population living in the intestine. They play an important role in human health, including immune, metabolic and neurobehavioral traits. The findings support the idea that the diet could be an effective management strategy for intestinal diseases, through the modulation of gut bacteria.

Researchers observed four study groups, the general population, patients with Crohn's disease, those with ulcerative colitis and the fourth with irritable bowel syndrome (IBS). They analysed a stool sample provided by each participant to reconstruct the host's microbiota and compared this with the results of a food frequency survey.

Results identified 61 individual food items associated with microbial populations and 49 correlations between food patterns and microbial groups. It was found that dietary patterns rich in bread, legumes, fish, and nuts, were associated with a decrease in potentially harmful, aerobic bacteria. Higher consumption of these foods was also associated with lower levels of inflammatory markers in the stool that are known to rise during intestinal inflammation.

Plant protein was found to help the biosynthesis of vitamins and amino acids as well as the breaking down of sugar alcohols and ammonium excretion. Animal-derived and plant-derived protein showed opposite associations on the gut microbiota.

Commenting on the findings, lead researcher Laura Bolte said: "The results indicate that diet is likely to become a significant and serious line of treatment or disease management for diseases of the gut - by modulating the gut microbiome."

"A diet characterised by nuts, fruits, greater vegetable and legume intake than animal protein, combined with moderate consumption of animal-derived foods like fish, lean meat, poultry, fermented low-fat dairy, and red wine, and a lower intake of red meat, processed meat, and sweets, is beneficially associated with the gut ecosystem in our study," the researcher added.