PTSD can be lead to ischemic stroke in middle age 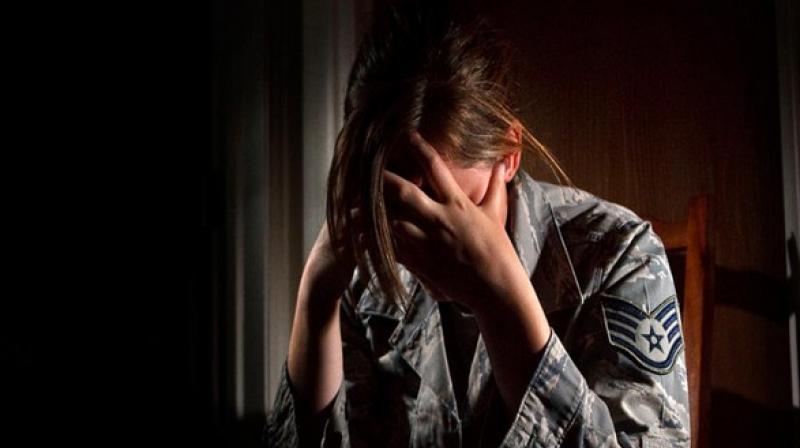 Addressing mental health issues including PTSD may be an important part of a broader public health initiative to reduce the growing burden of stroke in young people. (Photo: ANI)

Washington: The risk of experiencing a transient ischemic attack (TIA) is more in young adults who suffer from post-traumatic stress disorder (PTSD). These people are prone to ischemic attack (TIA) or major stroke event by middle age, raising the risk as much as other better-known risk factors, according to new research published in the journal 'Stroke'.

"Stroke has a devastating impact on young patients and their families, many of whom struggle to cope with long-term disability, depression and economic loss during their most productive years," said lead author Lindsey Rosman, Ph.D., assistant professor of medicine in the division of cardiology at the University of North Carolina School of Medicine in Chapel Hill.

"10-14 per cent of strokes occur in adults ages 18 to 45," Rosman added. While PTSD has previously been shown to increase the risk of heart disease and stroke in older adults, this is the first study to demonstrate a link between trauma-induced stress disorders and the risk of TIA and stroke in young and middle-aged adults.

People who observe or directly experience a traumatic event such as sexual assault, gun violence/mass shooting, military combat or a natural disaster may develop long-lasting symptoms of anxiety, avoidance, hypervigilance, anger/irritability, flashbacks and nightmares. "PTSD is not just a veteran issue, it's a serious public health problem," Rosman explained.

Researchers analyzed medical data from more than one million young and middle-aged veterans enrolled in healthcare services provided by the Veterans Health Administration (mostly males, age 18-60, average age of 30, 2 out of 3 white) and had served in recent conflicts in Iraq and Afghanistan. None had previously experienced a TIA or stroke.

During 13 years of follow-up, 766 veterans had a TIA, and 1,877 had an ischemic stroke. Researchers also found that 29 per cent were diagnosed with PTSD, and veterans with PTSD were twice as likely to have a TIA, raising the risk more than established risk factors such as diabetes and sleep apnea.

Veterans with PTSD were 62 per cent more likely to have a stroke, raising the risk more than lifestyle factors such as obesity and smoking. They were more likely to engage in unhealthy behaviors, such as smoking and getting little exercise, that raise the rise for stroke.

Even after adjusting for multiple stroke risk factors, co-existing psychiatric disorders, such as depression and anxiety, as well as drug and alcohol abuse, veterans with PTSD were still 61 per cent more likely to have a TIA and 36 per cent more likely to have a stroke than veterans without PTSD. Even more, there was a stronger link between PTSD and stroke in men than in women.

"Our findings raise important questions about whether early recognition and successful treatment of PTSD can prevent or decrease the likelihood of developing stroke in those exposed to violence, trauma and severe adversity," Rosman added.

"We need to improve stroke prevention in young adults by developing targeted screening programs and age-appropriate interventions. Addressing mental health issues including PTSD may be an important part of a broader public health initiative to reduce the growing burden of stroke in young people," Rosman opined.