Abuse against differently abled high in US

The investigation found at least 42 deaths linked to abuse and neglect in group homes or their day programs over the last seven years. 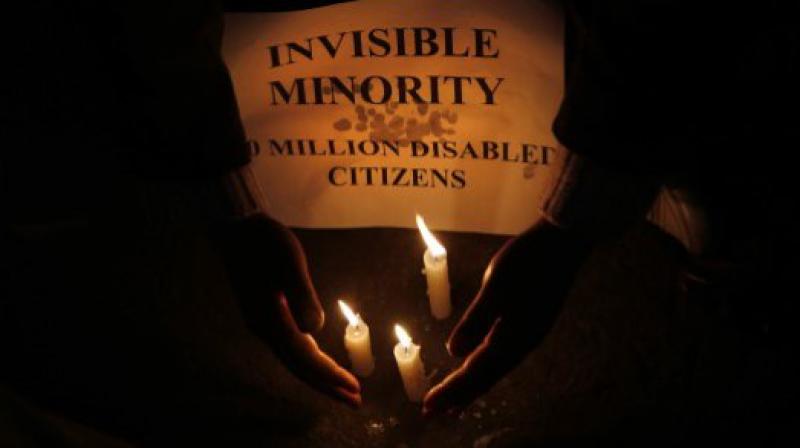 They have been humiliated and lost freedom, state records show (Photo: AP)

Chicago: A newspaper investigation found more than a thousand cases of abuse and neglect of Illinois adults with disabilities who were placed into private group homes.

The Chicago Tribune says its investigation revealed mistreatment inside Illinois' taxpayer-funded group homes and their day programs, with caregivers failing to provide basic care while regulators conceal harm and death with secrecy and silence.

The investigation found at least 42 deaths linked to abuse and neglect in group homes or their day programs over the last seven years. Residents have been humiliated and lost freedom, state records show.

Thomas Powers was one of those unfortunate cases. He died in a Joliet group home for adults with developmental and intellectual disabilities.

Grieving relatives of Powers didn't know there was evidence found of neglect, which included an instance of the 50-year-old, with the intellect of a small child, being forced to sleep on a soiled mattress on the floor in a room for storage.

Other incidents similar or worse than Powers' experience have also been revealed. A male group resident was beaten to death by his caregiver after being accused of stealing cookies.

Employees at another home abused a female resident by binding her hands and ankles with duct tape, and covering her head with a blanket and leaving her on a kitchen floor for several hours.

In many of these cases, the health and safety of residents has been left to unlicensed and scantly trained employees. The death toll has risen due to caregivers failing to promptly call 911, perform CPR or respond to medical emergencies.
The department in many instances let the group homes investigate allegations of neglect and mental abuse in their own workplaces, the Chicago Tribune found.

"My concern is that too often agencies hide behind their confidentiality statutes, which makes it harder for the public to know what is going on," Dimas said.