While the tobacco, alcohol and food industries have had to adapt to growing health-consciousness in the West. 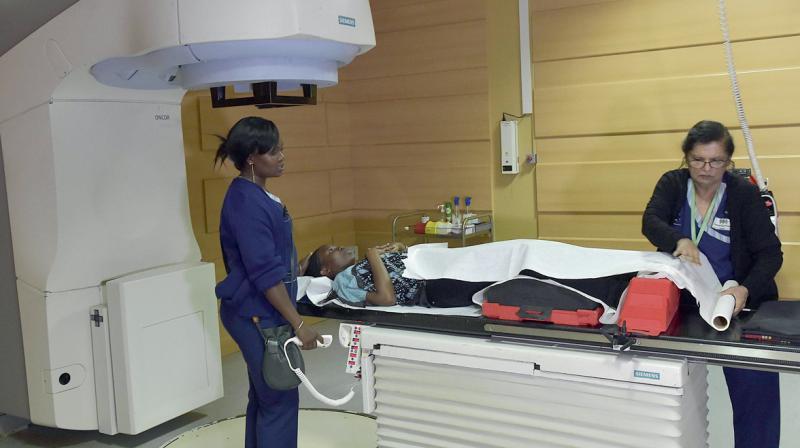 When Rose Kariuki first felt a lump on her left breast, the spectre of cancer — a disease she had only heard of on television —was the last thing on her mind.

“To me, cancer was nowhere near us. It was shocking, I feared death, I feared so many things,” the 46-year-old Kenyan schoolteacher said.

Ms Kariuki is one of a growing number of Africans suffering from cancer, one of the lifestyle diseases — along with diabetes and heart problems — proving increasing deadly on the continent.

A World Health Organisation (WHO) survey released on Tuesday showed that most Africans had at least one risk factor for developing one of these diseases, such as smoking, a lack of exercise, poor diet and obesity.

Women were most at risk, the study showed. After Ms Kariuki underwent a mastectomy of her left breast, watched her hair fall out and nails grow black under chemotherapy, she was declared cancer-free. But her troubles were not over.

Her 64-year-old mother was already suffering from diabetes but was “wasting away”, and Ms Kariuki encouraged her to get tested. It turned out she had pancreatic cancer.

“I think maybe mum’s lifestyle has brought about this. She lives in Nairobi, she is not moving a lot, she is not going to fetch water like the lady in the village,” said Ms Kariuki.

She is now teaching her 16-year-old daughter to exercise and not eat too much junk food, while she has taken up free yoga and dance classes at the Faraja support centre for cancer patients in Nairobi.

Nairobi, the biggest city in East Africa, is typical of the increasingly urban lifestyle in developing countries on the continent. Workers spend long hours in traffic snarls before sitting behind desks all day. Weekends are spent in shopping malls, and western junk food such as hamburgers and pizza abound.

The WHO study showed that in the 33 countries surveyed, most adults did not consume the recommended combined five servings of fruits and vegetables per day.

While the tobacco, alcohol and food industries have had to adapt to growing health-consciousness in the West, this is not the case in Africa. “They see Africa as a fertile ground because of the legislation and policy weaknesses that exist in our region, they see opportunity to make a lot of profit,” said report author Abdikamal Alisalad. Philip Ouma, patient support manager at Faraja, said it was not just the middle-class who were at risk.

“Initially they used to say cancer is a disease of the rich but we are finding a lot of people who are affected who are poor,” he said. “There is a possibility that the diagnostic systems are better.”

According to the WHO, some four million people will die from noncommunicable diseases (NCDs) in Africa by 2020, and the figure will surpass those of infectious diseases by 2030. Globally deaths from NCDs will hit 44 million by 2020.

Ms Kariuki said that typically, feeling sick in Africa meant you had caught an infectious disease. “Here when people feel bad they think maybe it is like typhoid, it is malaria. (Most) cancers present themselves in a very funny way so it’s not often you would even think you are suffering from cancer.”

With poor public hospitals barely able to bear the burden of normal healthcare challenges in most African countries, the difficulties posed by a surge in lifestyle diseases are considerable.

In Kenya’s main government hospital, patients can find themselves on a waiting list for up to a year to get access to radiotherapy or chemotherapy, and often it is too late.

A local television report earlier this year showed dozens of cancer patients, who travel from far-flung areas, sleeping on the floor of the hospital as they have no where to go in between therapy sessions.

“Meanwhile private hospitals have machines that are lying idly because they are expensive but the majority of people cannot afford them so it is a big problem,” said Mr Ouma.

He said the wealthy from surrounding countries were lucky, they can fly to India or Nairobi which has four private hospitals.

Patients from Uganda have flocked to Kenya ever since the country’s only radiotherapy machine broke down in April, and others from Ethiopia, Eritrea, Tanzania, Mada-gascar and the Seychelles also come to Nairobi for treatment.