Visit your elders, loneliness may kill them early 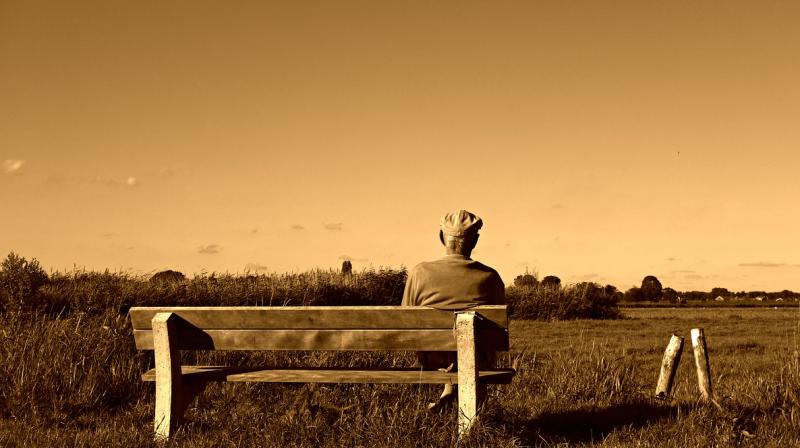 The findings indicated that they had higher rates of declining mobility, difficulty in performing routine daily activities and death. (Photo: Pixabay)

Try to draw a "visiting rota" between your family and relatives to make them realise that they are important! A study says that loneliness, especially in older years, is a predictor of early death.

According to the Mirror, being on your own after a certain age is not only emotionally and psychologically devastating, but also physically debilitating as social isolation is a public health issue. "There's been an explosion of public awareness here, from local authorities to the Department of Health to the media," said Paul Cann, founder of The Campaign to End Loneliness.

There's a lot of evidence linking loneliness to physical illness and to functional and cognitive decline. "The profound effects of loneliness on health and independence are a critical public health problem," said study author Dr Carla M Perissinotto, a geriatrician at the University of California. "It is no longer medically or ethically acceptable to ignore older adults who feel lonely and marginalized," Dr Carla added.

Research in both London and the US showed that up to 46 percent of over 60s report having feelings of loneliness. Scientists at the Massachusetts Â­Institute of Technology identified a Â­"loneliness centre" in the brain, a centre best known for its link to depression. Sophie Andrews, chief executive of The Silver Line helpline, a 24-hour call centre for older people seeking contact with other people, said that she was surprised by the explosion of calls shortly after she started the service three years ago.

They studied 1,604 participants and showed that more than four in 10 reported feelings of loneliness. Professor John Cacioppo of Chicago University has shown that loneliness over stimulates the body's stress response. The findings indicated that they had higher rates of declining mobility, difficulty in performing routine daily activities and death during six years of follow-up than those who didn't complain of loneliness.

Loneliness seems to affect women more than men - 70 percent of the calls to Silver Line are from women.