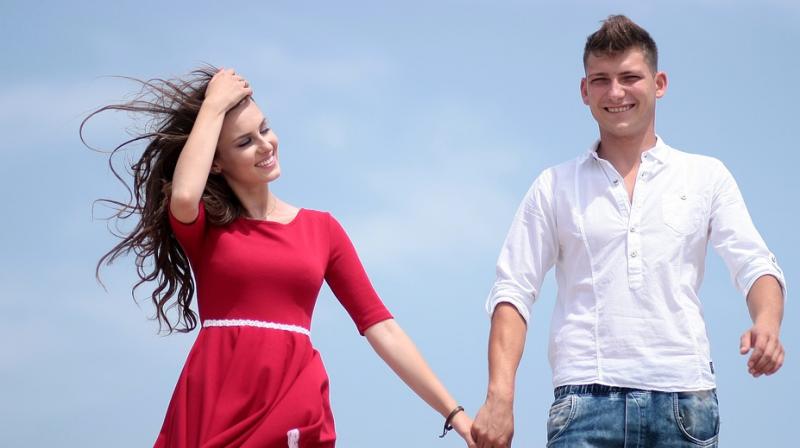 The cortisol levels stay low throughout the day for couples because they stick to a healthier lifestyle while avoiding excessive smoking and drinking. (Photo: Pixabay)

Married couples may be healthier than single, divorced or widowed adults at least in part because they have lower levels of a stress hormone associated with a variety of medical problems, a recent study suggests.

Previous research has linked marriage to a longer life and other health benefits, which could be due to the relationship itself or to other factors like higher household income, better medical insurance or improved access to care. The current study, however, offers fresh insight into another possible benefit of marriage: less stress.For the study, researchers tested levels of cortisol, a hormone released under stress, in 572 healthy men and women aged 21 to 55. They found married individuals consistently had lower cortisol levels than people who never married or who were previously married.

"Our findings provide new and important initial insights into how our most intimate social relationships can ‘get under the skin’ to impact physical health," said lead study author Brian Chin, a psychology researcher at Carnegie Mellon University in Pittsburgh, Pennsylvania."We aren't able to draw any strong conclusions from our study about exactly how this happens, but we are able to make some educated guesses based on earlier research," Chin added by email.

It's possible, for example, that married people might have better access to care than single individuals because they have good health insurance through a spouse or more funds available to pay for care, Chin said. Being married might also help encourage people to stick to a healthier lifestyle or avoid behaviors that can lead to illness like smoking or excessive drinking.To assess stress levels based on marital status, Chin and colleagues collected multiple cortisol samples throughout the day from each participant on three separate days.The 292 people who never married were younger, averaging around 29 years old, compared with about 37 years old for the 160 married individuals in the study and an average age of 40 for the 56 adults who were previously married.

Differences in cortisol during the day between married and unmarried people were not due to variations in participants' starting levels of cortisol at the beginning of the day. Instead, it appeared that married people had a more rapidly accelerating decline in cortisol during the afternoons than people who were never married, though not individuals who had been previously married.Married people might have lower cortisol levels and steeper declines in the hormone during the day because they're more satisfied with their relationships and lack the kind of stress that’s associated with being in a poor relationship or being unmarried, the authors speculate.

However, the researchers note that some previous studies have not found a relationship between marital quality and changes in cortisol levels over the course of a day.The current study isn't a controlled experiment designed to prove how marriage influences cortisol or stress levels or to assess any related health benefits, the researchers add."This study is exciting because we know being married is associated with better health but we don't know why this association occurs," said Kira Birditt, a researcher at the University of Michigan in Ann Arbor who wasn't involved in the study.

"Cortisol is a measure of stress response and may provide interesting insights into how relationships affect health," Birditt added by email. "Unfortunately, this study did not include assessments of daily stress exposure or daily social interactions to understand if these associations may be accounted for by variations in the daily lived experiences of married versus unmarried individuals."