Accumulation in the lungs can lead to complications like heart failure and high blood pressure. 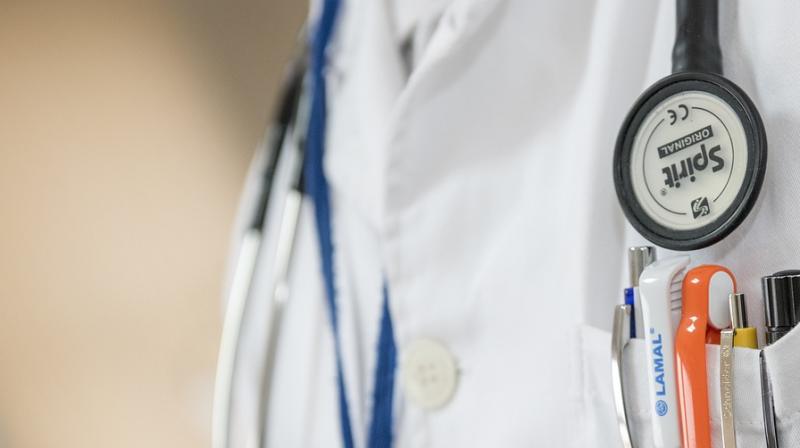 Washington: Researchers have found a new technology in order to improve the care of patients with kidney diseases, a new study says.

According to physicians at the Medical College of Georgia at Augusta University, a portable ultrasound can help nephrologists better detect fluid in the lungs of patients with end-stage kidney disease.

The trick is to know where the fluid is and how much needs to be removed, said Dr Omar Saleem, and accumulation in the lungs can lead to complications like heart failure and high blood pressure.

When it comes to diagnosing "wet lungs," the standard has been listening for chest crackling sounds with a stethoscope and measuring blood pressure - more fluid on the lungs prevents oxygen from being absorbed into the bloodstream.

"But that's quite subjective," he said. "For instance, sometimes you can't hear the crackling. That's why the ultrasound adds to the physical exam."

He examined 24 ESKD patients and as part of the normal physical exam, he placed the ultrasound probe on the patients' chests to get a good view of the lungs.

If there was fluid, he would see B-lines, which are actually reflections of the water in the lungs that appear as long, vertical white lines on an ultrasound. The higher the number of B-lines and the more intense, or bright, they were, the more fluid was present.

"This is an objective marker of lung water, the accumulation of which can lead to serious complications for already fragile patients. We're right at the edge here and we're trying to keep people from tipping over into heart failure," said Dr Stanley Nahman, MCG nephrologist. "This will change the way we manage these people with dialysis."

Physicians can then better target dialysis treatments. "I can set the fluid removal goal at a higher point during dialysis," Saleem said. "Where I might normally take off two litres of fluid, I might take three or four in someone who has water in their lungs".

"We were finding that nephrologists were frequently called to the emergency room to provide dialysis to former inmates with ESKD and nowhere else to go," said Dr Elizabeth Chu, co-presenter.

With an average 12-week waiting period for Medicare, these former inmates were not eligible to enrol at private dialysis treatment centres, instead of heading to their local emergency rooms for up to 36 treatments before they received insurance through Medicare.

"Not only was the funding gap resulting in erratic and inadequate care, but it also generated unnecessary costs borne by society," Chu says.

To define the scope of the problem, Chu reviewed the records of all ESKD patients at Augusta State Medical Prison from 2014-16, looking for demographic information and anticipated re-entry years. She also made comparisons to a national cohort.

The team of researchers will present their work at the Southern Regional Meetings of the American Federation for Medical Research this week in New Orleans.