Child born with birth defects branded as alien in Bihar

The child is being called supernatural and many villagers are also seeing it as an incarnation of Lord Hanuman. 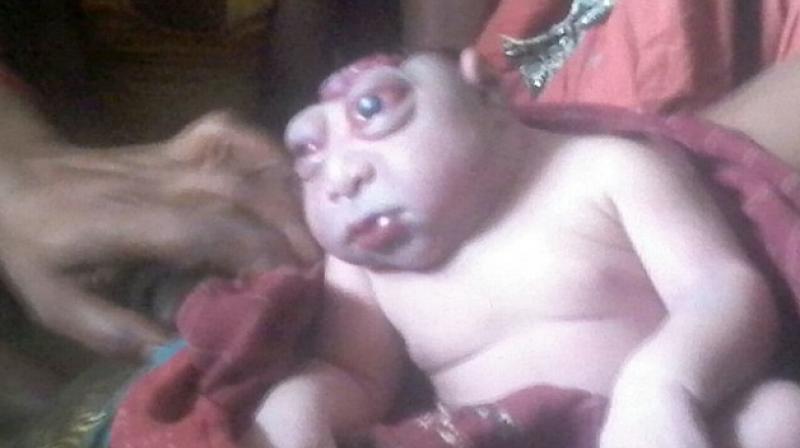 The child's mother first refused to nurse him (Photo: YouTube)

Katihar: Life can be challenging for a child born with deformed features, as things get even worse for them in our country due to the dangerous lack of awareness regarding such defects which often leave the infant deprived of the kind of sensitive treatment that she/he needs.

A similar case is being reported from Bihar’s Katihar, where a child born with thick skin and deformed features due Harlequin Ichthyosis is being branded an alien and also called supernatural by the locals. The child was born to 35-year-old Khalida Begum on Monday night, as she was shocked to see the small head and bulging eyes.

The child also has symptoms of Anencephaly, where the child is born without a head. The shocked mother initially refused to even nurse the child, but started nursing it after a while. She told DailyMail, “I was so shocked and saddened by this that I asked the midwife to take the baby out of my sight.”

Meanwhile villagers are thronging to the house to catch a glimpse of the child everyone is calling an incarnation of Lord Hanuman. This isn’t a first as several children with certain birth defects have been associated with supernatural beings due to lack of awareness.