Opioids no better than NSAIDs for chronic back or arthritis pain

This study shows that extra risk doesn’t come with any extra benefit. 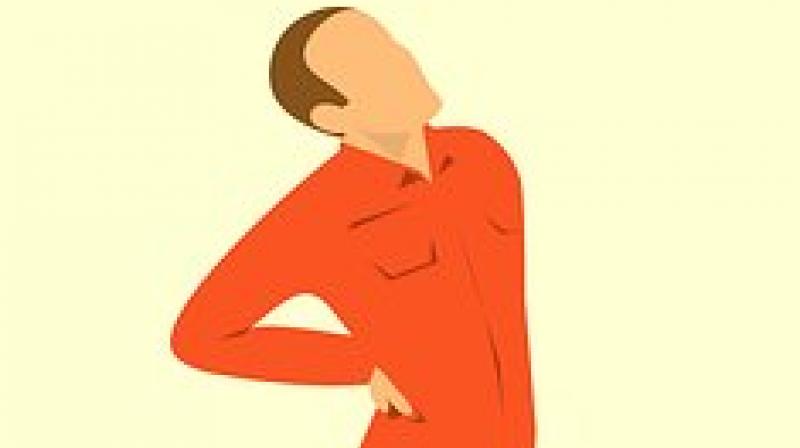 Opioids are no better than these other drugs at reducing how much pain interferes with daily activities like walking, working, sleeping. (Photo: Pixabay)

Acetaminophen, ibuprofen and other nonsteroidal anti-inflammatory drugs (NSAIDs) are better than opioids at easing the intensity of chronic pain in the back, knees or hips, a US experiment suggests.

And opioids are no better than these other drugs at reducing how much pain interferes with daily activities like walking, working, sleeping or enjoying life, researchers report in JAMA, online March 6.

“We already knew opioids were more dangerous than other treatment options, because they put people at risk for accidental death and addiction,” said lead study author Dr. Erin Krebs of the Minneapolis VA Health Care System and the University of Minnesota.

“This study shows that extra risk doesn’t come with any extra benefit,” Krebs said by email.

US deaths from opioids including heroin and prescription drugs like oxycodone, hydrocodone and methadone have more than quadrupled since 1999, according to the Centers for Disease Control and Prevention in Atlanta. Today, more than six in 10 drug overdose deaths involve opioids.

Amid this worsening opioid crisis, the CDC has urged physicians to use opioids only as a last resort. Instead, doctors should talk to patients about the potential for exercise or physical therapy to help ease symptoms and prescribe other, less addictive drugs for pain including acetaminophen (Tylenol) and NSAIDS such as aspirin, ibuprofen (Advil, Motrin) and naproxen (Aleve).

NSAIDs carry their own risks, especially at high doses, including the potential for internal bleeding, kidney damage and heart attacks. But they aren’t addictive.

For the current study, researchers randomly assigned 240 patients seeking pain treatment at VA primary care clinics to receive either opioids or alternative medicines like acetaminophen or ibuprofen for one year.

Participants were 58 years old on average and most were men. Back pain was their most common complaint, affecting 156 patients, or 65 percent, and the rest had either hip or knee osteoarthritis pain.

People in the opioid group started therapy with fast-acting morphine, a combination of hydrocodone and acetaminophen, or immediate release oxycodone. If that wasn’t successful, patients next got long-acting morphine or oxycodone, and then doctors tried fentanyl patches.

In the non-opioid group, patients first got acetaminophen and NSAIDs. If those options didn’t help enough, doctors tried options like the nerve pain drug gabapentin (Neurontin) and topical painkillers like lidocaine, followed by the nerve pain drug pregabalin (Lyrica) and tramadol, an opiate painkiller.

Researchers asked participants to rate how much pain interfered with their lives at the start of the study, and again 12 months later.

By this measure, both groups improved equally over the course of the year, based on a 10-point scale with higher scores indicating worse impairment.

With opioids, scores declined from an average of 5.4 at the start of the study to 3.4 a year later. With other drugs, scores dropped from 5.5 to 3.3.

In both groups, patients initially rated their pain intensity at 5.4, but scores dropped to just 4.0 with opioids and fell to 3.5 on the other drugs.

One limitation of the study is that people knew which medications they were prescribed, which might affect how patients reported their own pain severity and daily functioning, the authors note.

Even so, the results offer fresh evidence that opioids may not be worth the addiction risk when treating chronic pain, said Marissa Seamans, a researcher at Johns Hopkins Bloomberg School of Public Health in Baltimore who wasn’t involved in the study.

“There is increasing evidence that non-opioid pain relievers are just as (if not more) effective than opioids for chronic non-cancer pain,” Seamans said by email.

Patients should only consider opioids if alternatives like exercise, physical therapy or other medications don’t help, said Dr. Chad Brummett, a researcher at the University of Michigan in Ann Arbor and co-director of the Michigan Opioid Prescribing Engagement Network.

“Prior to beginning opioids, patients not responsive to these non-opioid medications should ideally be evaluated by a pain specialist before starting chronic opioid therapy,” Brummett said by email.