WHO says microplastics in water not harmful to health 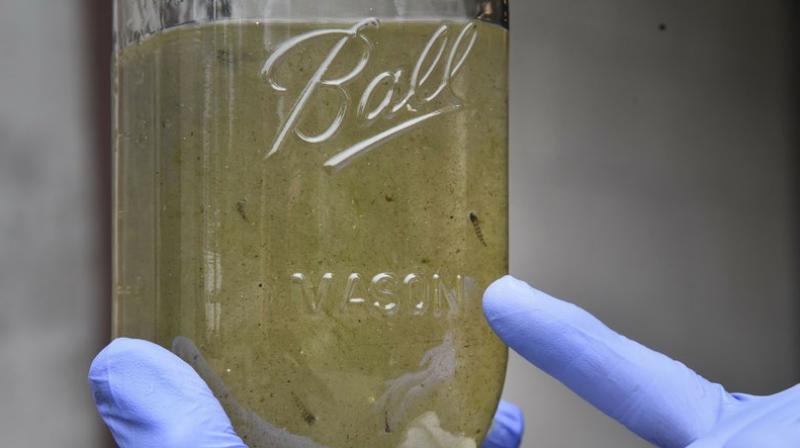 WHO called for further analysis of microplastics in the environment and their potential health significance. (Photo: AP)

Geneva: The World Health Organization says the levels of microplastics in drinking water don’t appear to be risky, but that research has been spotty and more is needed into their effects on the environment and health.

Microplastics are created when man-made materials break down into tiny particles smaller than about 5 millimeters (roughly one-fifth of an inch), although there is no strict scientific definition.

In a report published Wednesday, the U.N. health agency said the minuscule plastics are “ubiquitous in the environment” and have been found in drinking water, including both tap and bottled, most likely as the result of treatment and distribution systems.

“But just because we’re ingesting them doesn’t mean we have a risk to human health,” said Bruce Gordon, WHO’s coordinator of water, sanitation and hygiene. “The main conclusion is, I think, if you are a consumer drinking bottled water or tap water, you shouldn’t necessarily be concerned.”

Gordon acknowledged, however, that the available data is “weak” and that more research is needed. He also urged broader efforts to reduce plastic pollution.

The report is WHO’s first review to investigate the potential human health risks of microplastics. It said people have inadvertently consumed microplastics and other particles in the environment for decades without sign of harm.

Andrew Mayes, a senior lecturer in chemistry at Britain’s University of East Anglia who didn’t participate in the WHO report, agreed that microplastics in water don’t appear to be a health worry for now.

“But I wouldn’t want people to go away with the idea that microplastics are no longer important,” because they might be harming the environment, he said. He said stronger measures to reduce plastic are needed.

“We know that these types of materials cause stress to small organisms,” he said. “They could be doing a lot of damage in unseen ways.”

“Even if we stop (adding) plastic to the environment right now, microplastics will increase as larger pieces divide into smaller and smaller pieces,” Mayes said, adding scientists have little understanding of the long-term consequences.

WHO called for further analysis of microplastics in the environment and their potential health significance.

Gordon said that although WHO would continue to monitor levels of microplastics in water, the higher priority is proven risks in drinking water like bacteria that cause typhoid and cholera.

“These are things that cause immediate illness and can kill a million people,” he said.