India has about 45 lakh people suffering from Dementia, a disorder of the brain affecting memory and language skills of the elderly people. 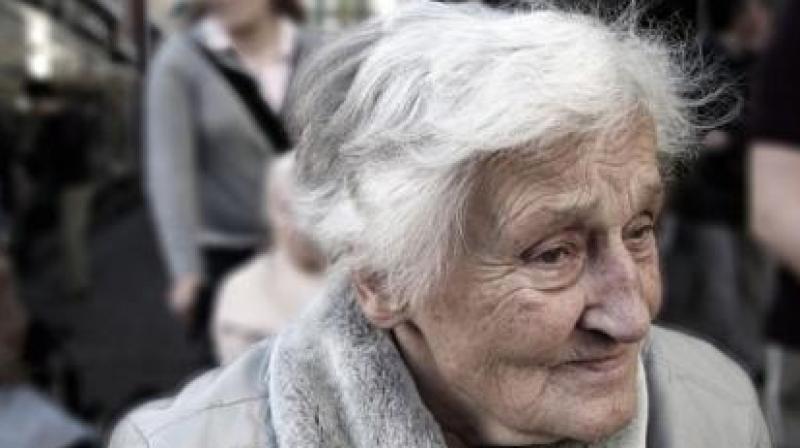 Alzheimers Disease is the most common type of dementia and about 5-6 per cent of the people in the age group of 65-70 years in India (Photo: Pixabay)

New Delhi: Experts on Thursday pitched for drafting of a National Dementia Policy for tackling rising cases of Alzheimer's and other degenerative brain diseases.

India has about 45 lakh people suffering from Dementia, a disorder of the brain affecting memory and language skills of the elderly people.

Illiteracy in the country prevents proper diagnosis of this medical condition and the associated stigma only makes it an impediment for care of such elderly people, said Dr Manjari Tripathi from the department of Neurology at AIIMS and President, (Alzheimer's and Related Disorders Society of India) ARDSI-Delhi Chapter.

Alzheimers Disease is the most common type of dementia and about 5-6 per cent of the people in the age group of 65-70 years in India suffer from this problem.

"There is a need for National Dementia Policy with very clear and well defined action plan for India since India has a sizeable population of Alzheimers disease affected people," said Tripathi, before going on to add, "Sadly, there is no cure for dementia right now. With no or very little social security available to people in India and with families getting more and more nuclear, care is hard to come by for the elderly."

The elderly population in India stood at nine crore as per 2011 census and is expected to double in the next 20 years, making India number one in terms of old age population in the world.

Citizens need to be educated about the prevalence of such disease in our society and they must shed their taboos and be more accommodative towards the needs and infirmities of an old person in the family, said Col VK Khanna (retd) Executive Director of ARDSI-Delhi Chapter.

"There can be institutional care set up in the country. The CSR activities of the corporates right now mostly focus on women and children but what about the old age population?" he said.

Degenerative diseases of the brain cannot be reversed. However, with some of the measures like symptomatic treatment and effective intervention, it is somewhat possible to delay the progress of the disease.

The Alzheimers and Related Disorders Society of India (ARDSI) is a non-profit organization taking care of 1,100 people suffering from Alzheimers Disease and is the only organization in North India which is doing this free of cost.