Aspirin a day may keep liver cancer away 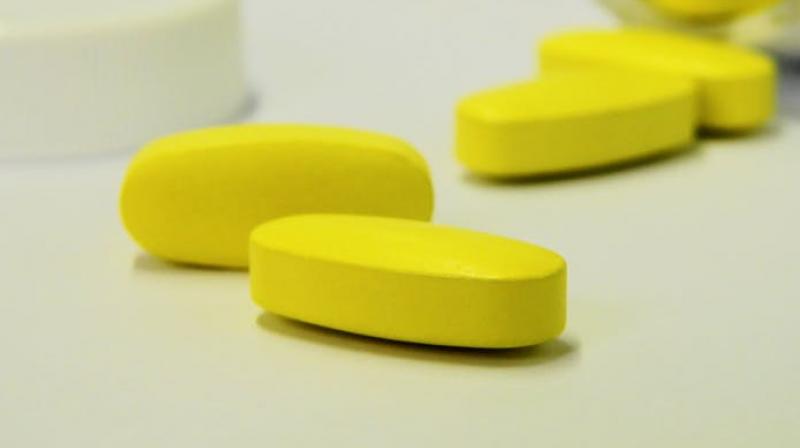 Washington: Taking aspirin daily can reduce the risk of liver cancer, a new study suggested. The researchers found that everyday aspirin therapy could significantly associate with a reduced risk in hepatitis B related liver cancer.

Hepatitis B is a viral infection that attacks the liver. HBV can be contracted through contact with an infected person's blood or other bodily fluid, and the infection can either be acute or chronic. It has been estimated that around estimated 240 million people worldwide have chronic HBV. The findings also show Africa and Asia as the highest prevalence of the virus.

Previous studies also show that daily aspirin therapy -- which is often prescribed to prevent cardiovascular disease -- may also prevent the development of cancer. However, on another note clinical evidence is being lacked for the effectiveness of aspirin therapy in preventing HBV-related liver cancer.

Researcher Teng-Yu Lee from the Taichung Veterans General Hospital conducted a nationwide cohort study to determine if aspirin therapy could, indeed, reduce liver cancer risk. "Liver cancer is the second leading cause of cancer death worldwide, and HBV is the most prevalent risk factor in our region," said Dr. Lee who's the lead author of the study. "HBV-related liver cancer is therefore a major public health issue with a severe socioeconomic impact," he stated.

Dr. Lee stated that therapies which reduce the risk of liver cancer like, nucleos(t)ide analogue therapy, do not completely eliminate the risk. Adding, he also mentioned that most HBV carriers are not indicated for antiviral therapy, so another effective way of reducing liver cancer risk needs to be developed. "Aspirin has been investigated to explore its chemopreventive effect in cancers that are related to chronic inflammation, particularly in the prevention of colorectal cancer. However, clinical evidence supporting the chemopreventive effect of aspirin therapy on liver cancer remains limited. Therefore, we conducted a large-scale cohort study to evaluate the association of aspirin therapy with HBV-related liver cancer," he noted.

Retrieving past medical records for the study, they screened records of 204,507 patients with chronic hepatitis B, and excluded patients with other forms of infectious hepatitis, from the National Health Insurance Research Database between the year 1998 and 2012. The past findings showed that 1,553 patients who continuously received daily aspirin for at least 90 days were randomly matched 1:4 with 6,212 patients who had never received anti- platelet therapy by means of propensity scores consisting of baseline characteristics.

The researchers analyzed both cumulative incidents of and hazard ratios for HCC development after adjusting for competing mortality. Cumulative incidence of liver cancer in the group treated with aspirin therapy was significantly lower than that in the untreated group in five years.

The researchers in their multivariate regression analysis found that aspirin therapy was independently associated with reduced liver cancer risk. "For effectively preventing HBV-related liver cancer, the findings of this study may help hepatologists treat patients with chronic HBV infection in the future, particularly for those who are not indicated for antiviral therapy. We are pursuing prospective investigations for further confirming the findings," stated Dr. Lee.

The study presented at The Liver Meeting held by the American Association for the Study of Liver Diseases (AASLD).