A child’s cancer diagnosis is a source of parental distress and results in an altered life situation for the family. 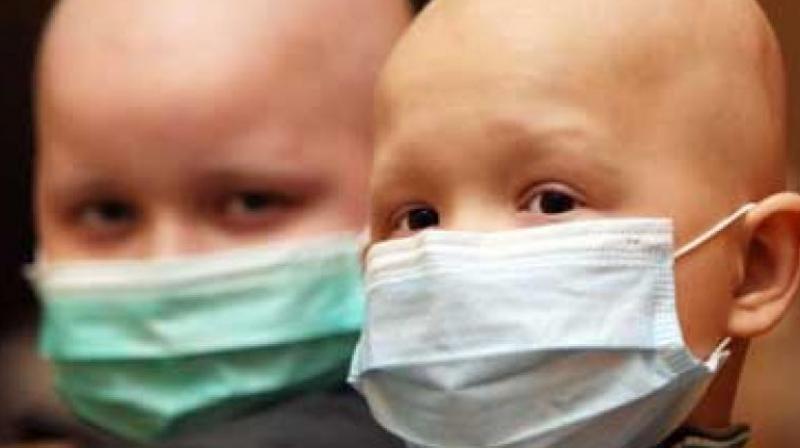 Heightened distress and/or the child’s increased care needs may lead to parents being unable to work (Photo: AFP)

Even accounting for social and economic status, having a child with cancer is tied to income reductions for parents and job discontinuation for mothers, according to a new study.

“A child’s cancer diagnosis is a source of parental distress and results in an altered life situation for the family,” said senior author Emma Hoven of the Karolinska Institute in Stockholm, Sweden. “For the parents, the disease is associated with challenges during and after treatment that interfere with the family’s normal activities and routines often for a long time.”

“Heightened distress and/or the child’s increased care needs may lead to parents being unable to work as (they did) prior to the child’s illness,” Hoven told Reuters Health by email. “Parents may take time off work, reduce working hours, or give up paid work to care for their child.”

The researchers studied more than 3,000 parents of almost 2,000 children diagnosed with cancer in Sweden between 2004 and 2009, using national databases to determine employment status. They compared these parents to nearly 35,000 parents sampled from the general population.

For mothers of children with cancer, income decreased more than comparison mothers for six years after diagnosis. For fathers, the dip lasted for three years until income became similar to comparison fathers again.

“Concerns related to work and loss of earnings often cause additional stress in an already demanding situation for the families affected by childhood cancer,” Hoven said.

Parents should be able to stay at home with the child, being their foremost support, without risking substantial consequences on income and work, she said.

“The intensity and frequency of treatment in children with cancer often necessitates one parent being available at the inpatient bedside sometimes for days to weeks at a stretch,” said Wendy Pelletier of Alberta Children’s Hospital in Canada, who was not part of the new study. Also, she noted by email, “many children (need) to attend outpatient clinics for therapy and/or surveillance on a regular basis.”

State benefits, which are available in Sweden, may help offset some of the financial burden, Hoven said. The social security system in Sweden offers families state benefits when parents are unable to work due to their own illness or a child’s illness, she added.

Parents experience substantial work disruptions after a child’s cancer diagnosis, likely in other countries as well regardless of social security system, Hoven said.

“The more pronounced and long-lasting adverse effects on income for mothers than fathers may reflect differences in parenting roles, differences in the psychosocial impact of the cancer experience, or less flexible work arrangements for female-dominated jobs,” she said.