Young children can choke to death on whole grapes 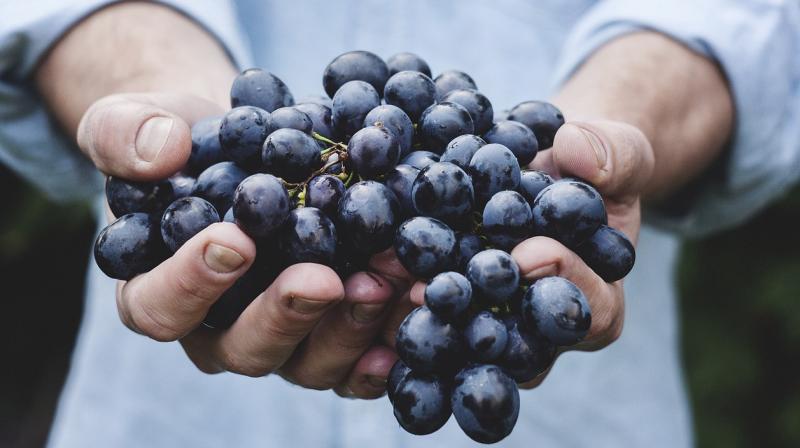 With small airways, lack of a full set of teeth to chew with, underdeveloped swallow reflex and short attention span, infants are at a major risk of choking. (Photo: pixabay)

Grapes, the third most common cause of food related choking after hot dogs and sweets, account for over half the episodes of fatal choking among infants. But public awareness of this potential hazard is not widespread, doctors write in the Archives of Disease in Childhood.

While there are plenty of choking warnings on the packaging of small toys, no warnings are available on food such as grapes and cherry tomatoes. They advise that grapes and cherry tomatoes "should be halved and ideally quartered before being given to young children (5 and under)," and emphasise "the importance of adult supervision of small children while they are eating."

The scientists described the case of a young child requiring emergency treatment after eating whole grapes. A two year old was snacking on grapes in the park when he started choking. The grape proving impossible to dislodge, an ambulance was called. Paramedics were on the scene within a minute and successfully cleared the airway.

The child suffered two seizures before reaching hospital and, on arrival, required emergency treatment to relieve swelling on his brain and to drain a build-up of watery fluid in his lungs. He spent five days in intensive care before making a full recovery. With small airways, lack of a full set of teeth to chew with, underdeveloped swallow reflex and short attention span, infants are at a major risk of choking.

Grapes are larger than an infant's airway. Unlike objects like nuts, the smooth soft surface of a grape enables it to form a tight seal in an airway, not only blocking, but also making it more difficult to remove without specialist equipment.