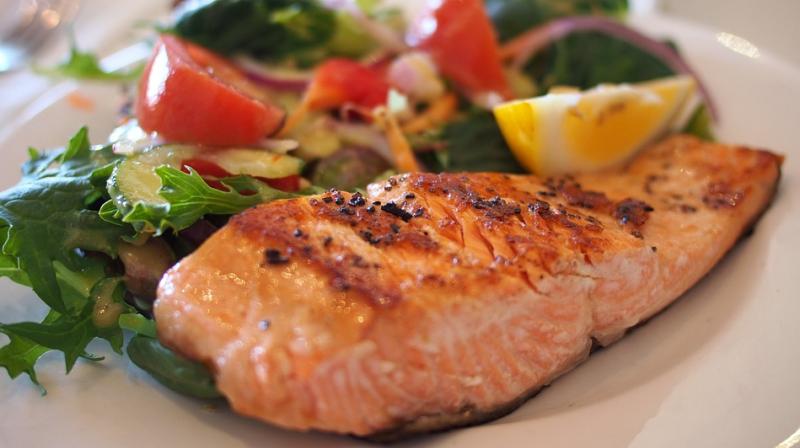 The participants also took an IQ test which examined verbal and non-verbal skills such as vocabulary and coding. (Photo: Pixabay)

New York: Children who eat fish at least once a week sleep better and have higher IQs, a study suggests.

For the research, a cohort of 541 9-to 11-year-olds, 54 per cent boys and 46 per cent girls, completed a questionnaire about how often they consumed fish in the past month, with options ranging from "never" to "at least once per week."

The participants also took an IQ test which examined verbal and non-verbal skills such as vocabulary and coding.

Their parents then answered questions about sleep quality using the standardised Children Sleep Habits Questionnaire, which included topics such as sleep duration and frequency of night waking or daytime sleepiness.

Finally, the researchers from the University of Pennsylvania in the US controlled for demographic information, including parental education, occupation and marital status and number of children in the home.

Analysing these data points, the researchers found that children who reported eating fish weekly scored 4.8 points higher on the IQ exams than those who said they "seldom" or "never" consumed fish.

Those whose meals sometimes included fish scored 3.3 points higher, according to the study published in the journal Scientific Reports.

"It adds to the growing body of evidence showing that fish consumption has really positive health benefits and should be something more heavily advertised and promoted," said Jianghong Liu, from the University of Pennsylvania.

"Children should be introduced to it early on," Liu added.