Life   Health  23 Mar 2018  Find out why you should try wildevore diet for healthy living
Life, Health

Find out why you should try wildevore diet for healthy living 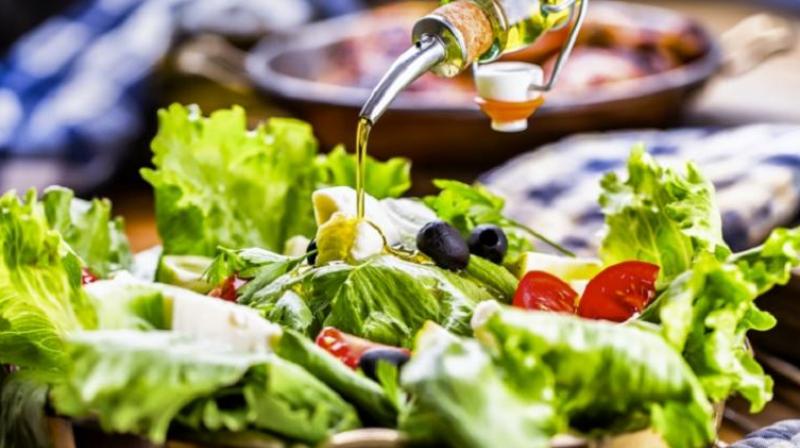 Concerns about climate change, environmental stress and animal welfare mean that "what we eat is an ethical as well as a health issue." (Photo: AFP)

London: We have all heard of vegetarian, vegan and flexitarian diets. But have you heard about wildevore diet? Surely, no!

Nowadays, dieting is considered a national obsession among everyone. These types of diets mentioned above are definitely healthy and less fatty, but it might have a negative impact on one's health and sense of well being.

Concerns about climate change, environmental stress and animal welfare mean that "what we eat is an ethical as well as a health issue."

The two women, who are promoting the all-new 'wildevore diet', said that the new approach will help people to show how they can eat to benefit their own health while making planet-friendly choices at the same time.

The Wildevore diet incorporates some of the philosophies of veganism, vegetarianism, flexitarianism, ethical omnivorism, and clean eating, but it looks more closely at the pressures on the environment and the impact that has on human health, according to The Ecologist.

The new eating approach identifies on how to make the best choices both 'nutritionally and ethically' and aims at educating the people about where their food originates from.

Caroline Grindrod, an environmental conservationist, writer, and Wildevore coach, and Georgia Winfield-Hayes, a nutritionist both agree that the new eating diet is not for the "faint-hearted, requiring some serious homework and a desire to change habits."

The system can work for vegans and meat-eaters, but there is an underlying need to understand the consequences of food choices. In the Wildevore diet, meat reared on regenerative farms and fed on natural diets is allowed for its human health benefits.

Georgia, who has written extensively on human nutrition, said that a vegan diet does not 'always' provide the best results.

"From a health perspective a vegan diet, in the short term is an amazing way to cleanse the body and this feels great," Georgia said.

"However, long-term it can create serious health problems. Soya, the main protein source for many vegans, is a hormone-disrupting food and can cause our own reproductive systems to stop working correctly," she added.

"Other issues with not eating animals are the omega-3 deficiency, and certain vitamin and mineral deficiencies, all combined with the problems created by soya can cause premature degradation of bone tissue. Relying on our supermarket staples has led to a decrease in nutrition levels. The minerals in food have reduced by up to 60 percent. These deficiencies compound our craving for the taste of nutrient-dense foods. But if we don't understand this we end up eating all the wrong things," Georgia argued.

The Wildevore eating approach is about 'rewilding' the palate to make healthier food choices and move away from the fast-food nature of most diets. According to Georgia and Caroline, the new diet can help with health and imbalances in weight.

Caroline believes that breaking down categorisation is the key.

If you choose to eat meat using the Wildevore approach, then you have to be incredibly choosy.

Intensive farming, GMOs (genetically modified organisms), antibiotics and mistreatment of animals have absolutely no place in the new eating approach.

Meat that is allowed on the diet is from farms that helps to restore ecology, according to Georgia.

"Animals can be used to regenerate land or degrade it. And in fact much land requires herbivores to help regenerate the ecosystem, it's just most farming systems don't function this way and the animals are degrading the land," she underlined.

The Wildevore approach promotes the restoration of grasslands and preservation of precious soils and forests. In short, it means "eating less, but better foods."

"The process of degrading our soils through ploughing and fencing in livestock has depleted the nutrients in our food and reduced the variety and quality of our diet with disastrous effects," Caroline stated.

"Our food is a shadow of what true hunter-gathers eat. There's, of course, no way we can all live or eat from the 'wild' anymore - we've destroyed most of it. But we can take steps to build healthy ecosystems in all the land that grows food for humans. This is the only sustainable way we can live on this planet, she added.

Most foods that are enjoyed by both vegans and meat-eaters, such as soya, avocados and coconut oil, have led to vast plantations of monocultures which puts more pressure on land.

The felling of rainforests for monocultures, including animal feeds is something we are all responsible for. However, buying from small organic farms reduces the massive environmental pressure.