People across the world need to know that this type of treatment is being provided in India. 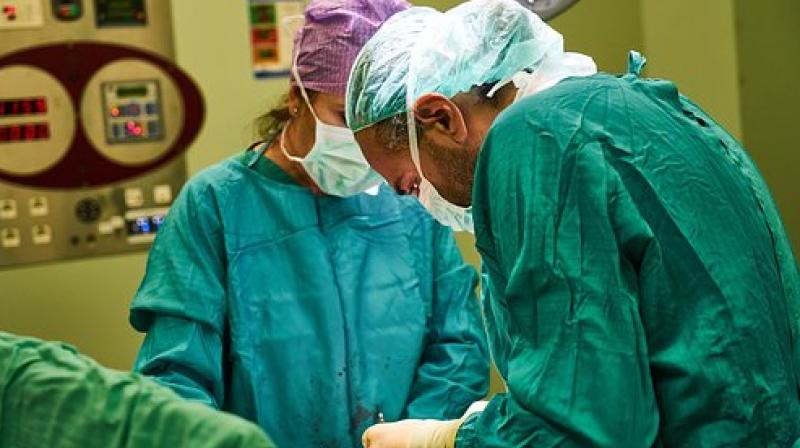 People across the world need to know that this type of treatment is being provided in India. (Photo: Pixabay)

The minimally invasive procedure direct anterior approach has been used first time in India by doctors in Hyderabad.

A team of surgeons worked on a 53-year-old Somali patient, Mukhtar Hilowli, and performed a double hip replacement using the latest minimally invasive procedure the direct hip anterior for the first time in India.

Dr P. Sharath Kumar, orthopedic surgeon speaking with ANI said, "Basically he had a fusion of both the hips calling infection. Both the hips became stiff; it's just like one bone. So you can imaging somebody walking when both the hips are fused which is extremely difficult. It is disabling. When we did an x-ray his both bones were completely fused so we have the only way out to do was to do both sides. We call it as double hip replacement or bilateral hip replacement".

Speaking more on the procedure, Dr Sharath said, "After the procedure, he is undergoing physiotherapy and is quite happy and overjoyed, he is living the dream because he can sit, move his hips and walk. Overall it was a complex case as both the hips were fused. We don't cut the muscle we just separate them reach the joint so you must maintain to some extent in his case also your muscle strength is maintained at some extent".

"The other issue is normally we all have a joint to go and put the implant but in his case it was one bone so we have to cut above and below create some space make a room for the implant, so that takes a lot of time and we have to be accurate in that otherwise it can leads to dislocations," Dr Sharath continued.

Dr Sharath elaborated on the complexity and revealed that a normal surgery in such cases takes one to one and a half hour but due to more complexities in Mukhtar's case, it took them two and a half hours.

Dr Hari Prasad, President, hospital division of Apollo speaking with ANI said, "We just saw an international patient coming from Somalia getting a very complex surgery done in India. It proves that India have the capability, the expertise, and the technology to treat most complex and provide most advance health care and a large part of the world doesn't have access to this type of care".

Elaborating more on the documentation and formalities required by the international patients to come for a treatment in India, Dr Prasad said, "India gives an opportunity to bring in a lot more international patients and offer then care here. The medical visa which is been offered takes longer period of time compared to normal visa and India is not allowed to treat a patient who comes in on tourist visa. They need to take medical visa which takes longer time to be issue in our embassy in abroad and it's more costly than a tourist visa".

"People across the world need to know that this type of treatment is being provided in India. While in other places they have branded their own health care but India has not done in that front while we are trying to vest the facilities in India and it would help tremendously and the government of India brand in health care across the world", concluded Dr Prasad.