These numbers underline the staggering challenge the world will face in the future in terms of numbers of people who are obese. 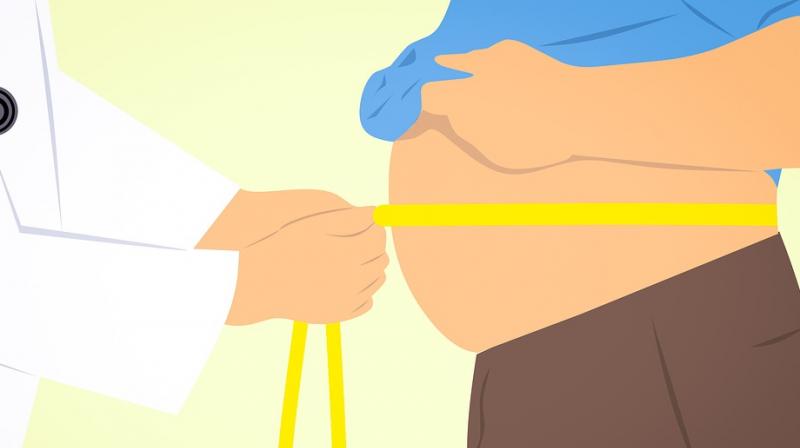 PARIS: In 27 years from now, almost a quarter of the global population will be obese, researchers said Wednesday, warning of the mounting medical bill.

If current trends continue, 22 percent of people in the world will be obese by 2045, up from 14 percent last year, according to research presented at the European Congress on Obesity in Vienna. One in eight people, up from one in 11, will have type 2 diabetes -- a form of the disease that generally hits in adulthood as a result of being overweight.

"These numbers underline the staggering challenge the world will face in the future in terms of numbers of people who are obese, or have type 2 diabetes, or both," said researcher Alan Moses of Danish healthcare company Novo Nordisk's research and development department. "As well as the medical challenges these people will face, the costs to countries' health systems will be enormous," he added.

In the United States, the researchers found obesity will increase from 39 percent of the population in 2017 to 55 percent in 2045, and diabetes from 14 percent to 18 percent. In Britain, the proportion will swell from 32 percent to 48 percent, with the incidence of diabetes rising from 10.2 percent to 12.6 percent.

Already, health systems are spending "huge sums just to treat diabetes," the researchers said in a statement. Moses and a team analysed population data for all countries in the world, obtained from a World Health Organisation (WHO) database.

They divided the population of each country into age groups, and further into body mass index (BMI) categories, and looked at trends to make projections. BMI is a ratio of height to weight used to divide people into low- to high-risk categories for developing heart disease, high blood pressure, type 2 diabetes and certain cancers.

A person with a BMI of 25 or more is considered overweight, and 30 or higher obese. A healthy BMI ranges from 18.5 to 24.9. The researchers said turning the tide on obesity would require "aggressive and coordinated action".

"Each country is different based on unique genetic, social and environmental conditions which is why there is no 'one size fits all' approach that will work," Moses said."Individual countries must work on the best strategy for them."

The research results have not yet been published in a scientific journal but were peer reviewed for selection at the congress. A global survey in 2016 said the ratio of obese adults had more than doubled in the 40 years since 1975. Of about five billion adults alive in 2014, 641 million were obese, it found.