It’s also possible that other studies of apnea treatment and sexual health that did show bigger benefits for men. 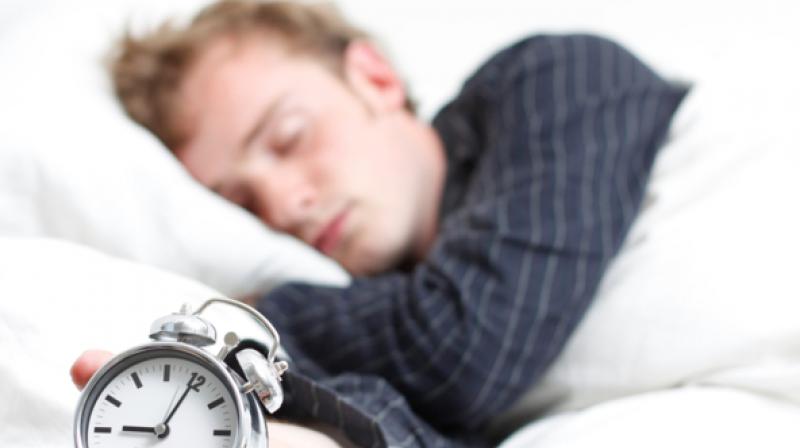 For men, it’s tied to difficulties getting and maintaining an erection as well as ejaculation disorders (Photo: AFP)

Adults with sleep apnea, a common nighttime breathing disorder, may have a better sex life when they wear breathing masks to bed, a small U.S. study suggests.

Apnea, a common disorder that leads to disrupted breathing or shallow breaths during sleep, has long been linked to sexual dysfunction. For men, it’s tied to difficulties getting and maintaining an erection as well as ejaculation disorders. And for women, it’s associated with vaginal dryness and painful intercourse.

For the current study, researchers examined data on 182 men and women with newly diagnosed sleep apnea. They were all prescribed nighttime treatment with masks connected to a machine that provides continuous positive airway pressure (CPAP) that splints the airway open with an airstream so the upper airway can’t collapse during sleep.

One year later, the 72 patients who stuck with CPAP treatment had greater improvements in sexual quality of life than the 110 people who didn’t keep up with treatment, the study found.

But the amount of improvement was negligible for men, and more pronounced for women.

“At this point, it’s not clear why we saw such a large improvement in sexual quality of life in women but no improvement in men, especially given that other studies have shown improvement in men,” said lead study author Dr. Sebastian Jara of the University of Washington School of Medicine in Seattle.

“Despite this finding, CPAP has been shown to have numerous other health benefits in men and should still be encouraged,” Jara said by email.

Apnea that isn’t properly treated has been linked with excessive daytime sleepiness, decreased quality of life, heart attacks and heart failure. Apnea is often caused by obesity, and sometimes symptoms can clear up with weight loss.

Some patients who can’t tolerate wearing the breathing masks all night may use an alternative apnea treatment known as mandibular advancement devices. These are worn inside the mouth at night to open up space in the airway by pushing out the lower jawbone, and they make it less likely that the upper airway collapses during sleep.

Participants in the current study were 47 years old on average and most were obese.

In the group that continued CPAP use, participants used the machines for an average of 6.4 hours a night.

Nonusers used CPAP for no more than half an hour per night in the month prior to their 12-month checkup.

One limitation of the study is that researchers relied on a survey assessing quality-of-life related to apnea, not sexual health, to gauge how much CPAP use impacted sexual function, researchers note in JAMA Otolaryngology-Head and Neck Surgery.

It’s also possible that other studies of apnea treatment and sexual health that did show bigger benefits for men, included men who started out with erectile dysfunction and might have experienced more dramatic improvements in their sex lives after treatment than the men in the current study, Jara said.

“Additionally, our study looked at sexual quality of life in sleep apnea patients but did not include an assessment of their bed partners,” Jara added. “It is possible that the effect of CPAP may impact intimacy differently between male and female sleep apnea patients, and their respective partners.”

The study also may have had too few people continue CPAP treatment to find meaningful differences between men and women in sexual quality of life outcomes, said Dr. Ken Kunisaki of the Minneapolis VA Health Care System and the University of Minnesota.

“I think we have to be careful about over-interpreting the results,” Kunisaki, who wasn’t involved in the study, said by email. “But I think the general message that CPAP improves quality of life fits with other studies out there regarding the benefits of CPAP for obstructive sleep apnea.”