According to researches, a common cholesterol-lowering drug could help fight a host of diseases by clearing out bacteria from the system. 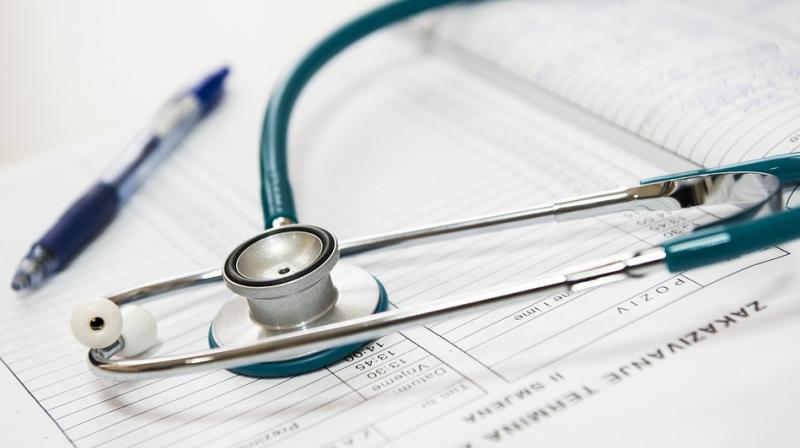 The findings give insight into the mechanisms that govern human susceptibility to infectious disease. (Photo: Pixabay)

Washington: Statins, used to lower the risk of heart attack or stroke, may also provide protection against a host of infectious diseases, including typhoid fever, chlamydia and malaria, a study claims.

Scientists from Duke University in the US have discovered that a gene variant which affects cholesterol levels could increase the risk of contracting typhoid fever.

They also showed that a common cholesterol-lowering drug (ezetimibe or Zetia) could protect zebrafish against Salmonella Typhi, the culprit behind the nasty infection.

The findings, which appear in the journal Proceedings of the National Academy of Sciences, give insight into the mechanisms that govern human susceptibility to infectious disease.

They also point to possible avenues to protect those who are most vulnerable to pathogens - like the Salmonella bacteria - that hijack cholesterol to infect host cells.

"We need to try this approach in different model organisms, such as mice, and likely with different pathogens, before we can consider taking this into the clinic," said Dennis C Ko, assistant professor at Duke University School of Medicine.

"What is so exciting is that our study provides a blueprint for combining different techniques for understanding why some people are more susceptible to disease than others, and what can be done about it," Ko said.

Ko and his team used hundreds of cell lines from healthy human volunteers and exposed them to the exact dose of Salmonella Typhi, which had been tagged with a green fluorescent marker.

They then looked for genetic differences that distinguished cells that had higher rates of bacterial invasion from those that did not.

The researchers found that a single nucleotide of DNA in a gene called VAC14 was associated with the level of bacterial invasion in cells.

When they knocked out the gene, the cells were invaded more readily and more of the cells glowed brightly with green bacteria.

They also unexpectedly found that those more susceptible cells had higher levels of cholesterol, an essential component of cell membranes that Salmonella binds to invade host cells.

Researchers tested DNA from subjects in a group of 1,000 Vietnamese people, half of whom had typhoid fever and half did not.

They found that the VAC14 gene variant was associated with a moderately elevated risk of typhoid fever.

"Discovering the mechanism was important because plenty of people are on cholesterol-lowering drugs, especially statins for high cholesterol," said Ko.

"We wondered if similar drugs could be given to reduce the risk of Salmonella infection," he said. Monica Alvarez, a graduate student in Ko's lab and lead author on the study, added a cholesterol-lowering drug (ezetimibe or Zetia) to their water and then injected the fish with Salmonella Typhi.

She found that the treated animals were more likely to clear the bacteria out of their system and survive.