E-cigarettes and conventional cigarettes raise heart attack risk five-fold in comparison to the people who don't use either product. 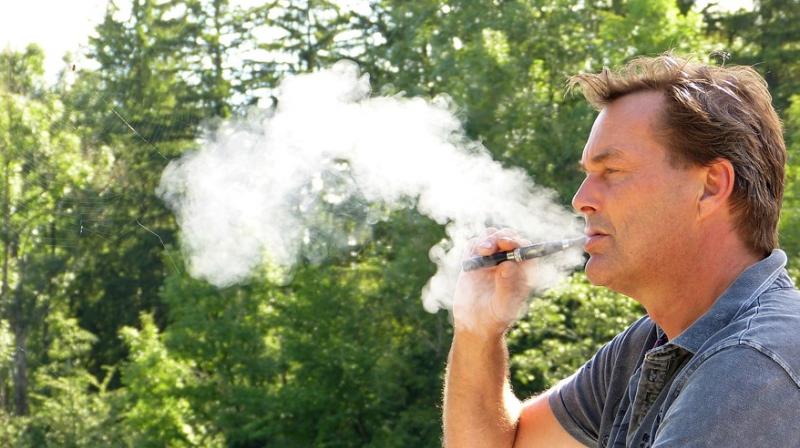 Washington: A new study has found that smoking an e-cigarette on a regular basis could double the risk of a heart attack.

According to a new analysis of a survey of nearly 70,000 people, led by researchers at UC San Francisco, the dual use of e-cigarettes and conventional cigarettes appears to be more dangerous than using either product alone.

The study also found that the risks compound, so that daily use of both e-cigarettes and conventional cigarettes raises the heart attack risk five-fold in comparison to the people who don't use either product.

Senior author Stanton Glantz said, "Most adults who use e-cigarettes continue to smoke cigarettes. While people may think they are reducing their health risks, we found that the heart attack risk of e-cigarettes adds to the risk of smoking cigarettes."

However, the researchers also reported some good news if smokers quit. "The risk of heart attack starts to drop immediately after you stop smoking. Our results suggest the same is true when they stop using e-cigarettes," said Glantz.

Electronic cigarettes typically deliver an aerosol of nicotine and other flavours by heating a liquid and are promoted as a safer alternative to conventional cigarettes, which generate the nicotine aerosol by burning tobacco.

The researchers found that the total odds of having a heart attack were about the same for those who continued to smoke cigarettes daily as those who switched to daily e-cigarette use.

For those who used both products daily, the odds of having had a heart attack were 4.6 times that of people who had never used either product. The authors also said that while there was a 'lasting effect' associated with being a former smoker, there was not a significant increase in myocardial infarction risk for former or (sometimes) e-cigarette users.

This is the first study to examine the relationship between e-cigarette use and heart attacks and begins to fill the understanding of the effects of e-cigarettes on long-term health.

The full findings are present in the American Journal of Preventive Medicine.