Increased intake of antibiotics can cause colon cancer

Studies reveal that antibiotics may increase risk of colon cancer. 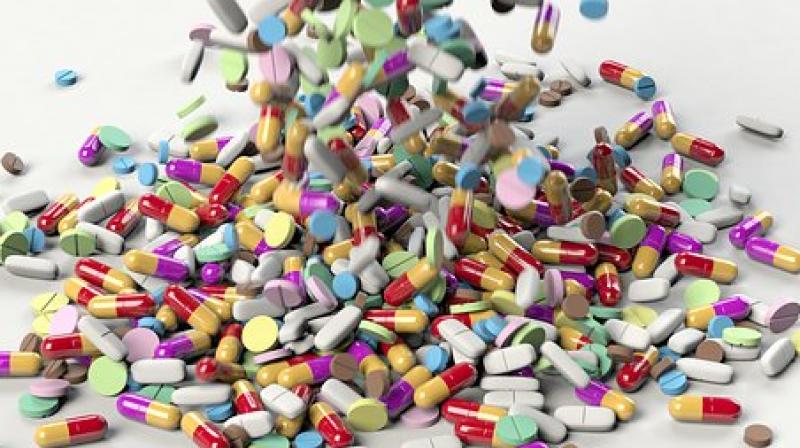 Cancers that developed in the colon were linked with antibiotic exposure at least 10 years earlier. (Photo: Representational/Pixabay)

Washington: Popping even a single course of antibiotics might increase, though slightly, the risk of developing colon cancer a new study suggests. The study published in the journal 'Gut' highlighted the need for judicious use of this broad category of drugs, which are frequently improperly or overprescribed.

"The primary message of this study is the importance of antibiotic stewardship: not treating common viral infections with antibiotics, using them for the shortest time period possible, and using targeted antibiotics rather than broad-spectrum ones," said study leader Cynthia L. Sears, Bloomberg Kimmel Professor of Cancer Immunotherapy at the Johns Hopkins Kimmel Cancer Center.

"This research adds to our understanding that these drugs can have significant off-target effects, including the induction of chronic illnesses," added Sears.

Sears and Jiajia Zhang, a researcher from the same institute, along with their colleagues mined data from the Clinical Practice Research Datalink (CPRD), that holds information on more than 11 million patients in the United Kingdom.

Focusing on a 23-year period from January 1, 1989, to December 31, 2012, the researchers found 28,890 cases of colorectal cancer. They matched each of these patient records with up to five healthy "controls" who never developed this disease, but who had similar characteristics, including age, gender, and where their general practitioner practiced, for a total of 137,077 "control" cases for comparison.

They then used the medical records to identify and evaluate each case history for colorectal cancer risk factors, such as a history of obesity, smoking, alcohol use, and diabetes, as well as antibiotic use.

The researchers found that those who developed colon cancer were slightly more likely to have been exposed to antibiotics (71.3 per cent compared to 69.1 per cent). Those with rectal cancers did not show that association and had about the same antibiotic exposure compared to healthy subjects.

Further investigation showed that antibiotic exposure was only associated with increased risk of approximately 15 per cent for cancer in the proximal colon (the first and middle parts of the colon) but not the distal colon (last part of the colon), and this risk happened particularly after exposure to classes of antibiotics that kill anaerobic bacteria, such as those in the penicillin family.

However, the association was reversed for rectal cancer: the more total antibiotic exposure, specifically total exposures of 60 days or more, the less likely they were to have cancer in this location. Cancers that developed in the colon were linked with antibiotic exposure at least 10 years earlier. There was no increased risk with exposures less than 10 years prior.