Ever heard of 'dessert flip'? Read on to know more about it. 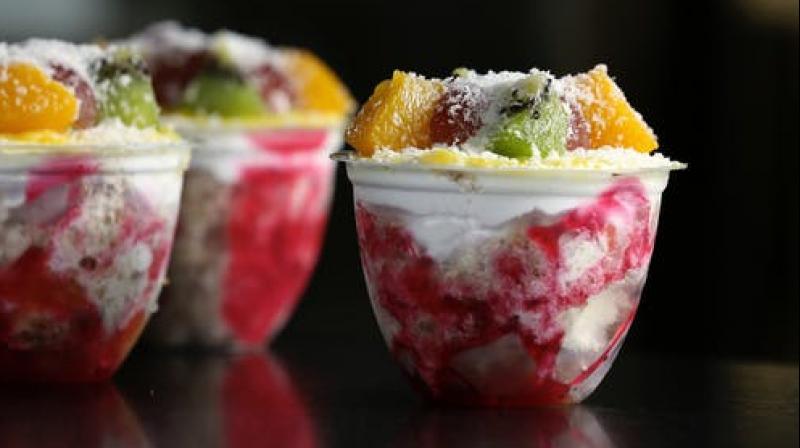 Dessert flip is all about changing proportions of the ingredients. (Photo: Representational/Pexels)

The golden rule for eating healthy of course is, to go less on meat and more on vegetables. Apparently, people seem to have acknowledged this fact, it’s just hard to execute. Christopher Gardner, who now holds a PhD in nutrition science, has conducted several studies to find out how people can stay healthy via diet.

“I’d go to medical conferences and share my research, and people would eat candy bars while they listened to me talk,” he told Elemental. Gardner seems to have a found a solution for this. He has named his approach as “stealth nutrition”, which places more focus on aspects of food apart from nutrition, like taste and ethics.

It’s important to note that the approach doesn’t intend to deceive anyone; it just focuses on changing behaviour in ways that move away from health. For instance, talking about climate change, animal rights and other ethical notions helps in leading people to go vegetarian, according to him.

“So essentially, “stealth” is reframing food not to be just about health,” he explained. In the classes he has conducted (called Food and Society), he has observed that his students took to cooking, and made frequent farmers’ market visits when social issues were highlighted.

There was no variation in the recipe, but the labels were changed to see if language caused changes in the servings kids took. A hint of indulgence helped in increasing vegetable consumption compared to healthy names. The study was first conducted in 2017.

Another interesting strategy his team came up with began with a “dessert flip”. “Instead of cheesecake with a raspberry on top, they would serve a bowl of raspberries with a dollop of cheesecake. It’s not like we take the cheesecake away; we just flipped the proportions,” he explained.

Similar patterns are followed for “protein flip”, where there’s a small piece of meat surrounded by more lentils or vegetables. “My research shows vegetarian and vegan eating may be healthier, but those things can be polarizing. So we don’t get rid of the meat; we just use little strips of chicken or beef as the condiment,” he said.

Flipping food proportions sounds like a good deal, because it takes care of environmental sustainability and health too. A win-win-win situation, if you may.