Life   Health  23 Oct 2017  Symptoms of heart attack in diabetics may not be felt
Life, Health

Symptoms of heart attack in diabetics may not be felt

People with diabetes are three times more likely to die from heart disease than the general population. 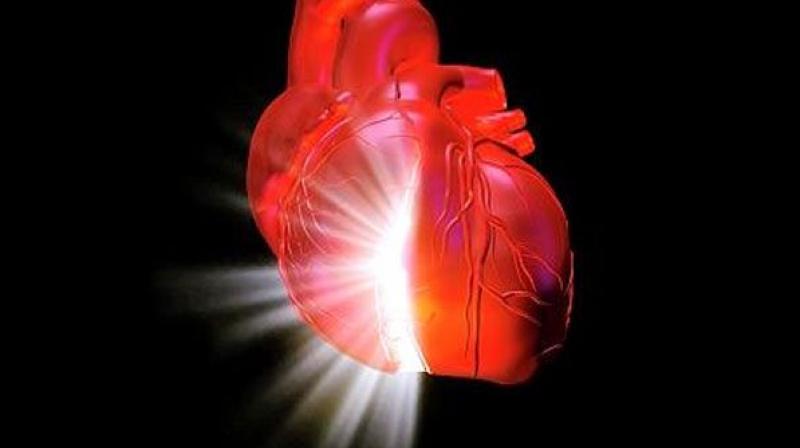 Long term diabetes damages the heart in many ways (increased blocking of the heart’s blood vessels), but it also damages nerves. (Photo: Pixabay)

People with diabetes may not always feel classic symptoms like acute chest pain when they have a heart attack, according to a small study that offers a potential explanation for why these episodes are more deadly for diabetics.

Researchers examined data from detailed interviews with 39 adults in the UK who had been diagnosed with diabetes and had also experienced a heart attack. Most of the participants reported feeling some chest pain, but they often said it didn’t feel like they expected or that they didn’t think it was really a heart attack.

“So a bit like a diabetic might not feel the stubbing of their toe, they also feel less pain from damaged heart muscle when the blood supply gets cut off, so they don’t get the classical crushing chest pain of a heart attack,” Jones said by email.

All patients in the study received care at one of three hospitals in London, and they ranged in age from 40 to 90. Most were male, and roughly half were white.

The majority had what’s known as type 2 diabetes, which is tied to aging and obesity and happens when the body can’t properly use insulin to convert blood sugar into energy. Four of them had type 1 diabetes, a lifelong condition that develops when the pancreas produces little or no insulin, a hormone needed to allow blood sugar to enter cells.

Many of the participants described heart attack symptoms such as chest pain and discomfort.

However, many felt like their pain wasn’t severe enough to be a heart attack or didn’t consider the discomfort they felt in their chest as similar to what they would expect with a heart attack.

This may have contributed to delays in seeking care, which are in turn associated with lower survival odds and a higher risk of complications and disability for people who do live through the event, researchers note in the journal BMJ Open.

The study was small, and it wasn’t a controlled experiment designed to prove whether or how diabetes might lead people to experience different heart attack symptoms.

Still, it confirms a longstanding belief that people with diabetes may be prone to atypical heart attack symptoms, said Dr. Deepak Bhatt, executive director of Interventional Cardiovascular Programs at Brigham and Women’s Hospital Heart and Vascular Center and a researcher at Harvard Medical School in Boston.

“Atypical means instead of the more classic chest pain or chest pressure, patients experience symptoms such as extreme fatigue or breathlessness, for example,” Bhatt, who wasn’t involved in the study, said by email.

“The biology of the heart attack is the same,” Bhatt added. “But the thought is that patients with advanced diabetes may have a degree of nerve damage (neuropathy) and therefore may be less likely to experience the more common chest pain or chest pressure from a heart attack.”

Patients with diabetes should understand that they’re more likely to have a heart attack than other people, said Dr. John Wilkins, a researcher at Northwestern University Feinberg School of Medicine in Chicago who wasn’t involved in the study.

“They should have regular follow-up with their physicians, keep their blood sugars well controlled, lead a heart-healthy lifestyle, avoid the development of cardiovascular risk factors like high blood pressure and high cholesterol, and if they have risk factors they should make sure they are appropriately managed,” Wilkins said by email.

“They should also be familiar with the symptoms that suggest that they might be having a heart attack or an impending heart attack and know how to respond if those symptoms develop,” Wilkins advised.