Life   Health  23 Dec 2017  Students may be getting more concussions in PE classes than in sports
Life, Health

The study highlights the need to recognize that students can sustain concussions during PE. 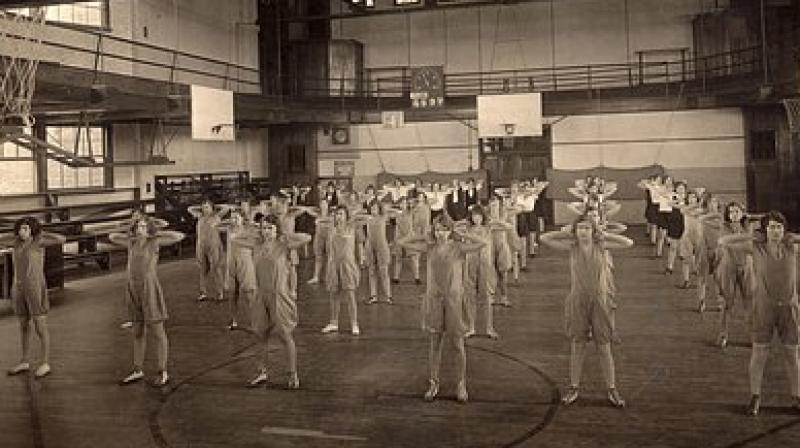 Education and research about concussions in youth have focused on team sports, but a study from New Mexico suggests that adolescents may suffer more knock-out head blows in PE classes than in organized athletics.

Campbell is a pediatric neuropsychologist and a professor at the University of New Mexico School of Medicine in Albuquerque. He and his colleagues asked 147 middle and high school athletic directors and trainers in that state how many of their students were removed from athletics as a result of sustaining a concussion.

The findings, reported in the American Journal of Public Health, surprised Dr. Matthew Eisenberg, an emergency physician at Boston Children’s Hospital who teaches pediatrics and emergency medicine at Harvard Medical School and wasn’t involved with the study.

Physical education classes generally are less intense than organized athletics, do not involve contact sports and should therefore have a lower risk of concussion, he said by email.

“Concussion prevention efforts largely focus on organized sports,” he said. “So if this finding is accurate, it would mean that these efforts have neglected an area where the risk of concussion is high.”

Eisenberg questioned whether PE students might have more incentive than student athletes competing on sports teams to report concussions even if they are not more prone to get them.

Senior author Andrew Rowland, also at the University of New Mexico School of Medicine, acknowledged that athletes tend to under-report concussions and some PE students may over-report them.

He and Campbell also believe the higher concussion rate for PE students could stem from less attention paid to preventing concussions in physical education classes as well as competitive athletes being in better shape, which can protect against concussion, than students in PE.

The study, they said, highlights the need to recognize that students can sustain concussions during PE.

“This is a field that requires much more research to best identify concussions and also to help us to learn how better to manage concussions for kids,” Campbell said. “We need to be able to help schools, parents, healthcare professionals better understand concussions and how best to help these kids so they participate in sports in a safe way.”

“We’re advocating for really understanding the problem better and understanding if there’s a problem with PE, and, if so, what can be done about it,” Rowland said in a phone interview.

“I think a general awareness that kids are at risk for concussion in PE is helpful,” he said. “I think efforts at preventing head injury, and instructions that help kids return to sports participation after concussion, should be targeted towards PE participants as well as competitive athletes.”