A study has revealed that drinking blueberry vinegar or using it in salad dressing can help fight dementia. 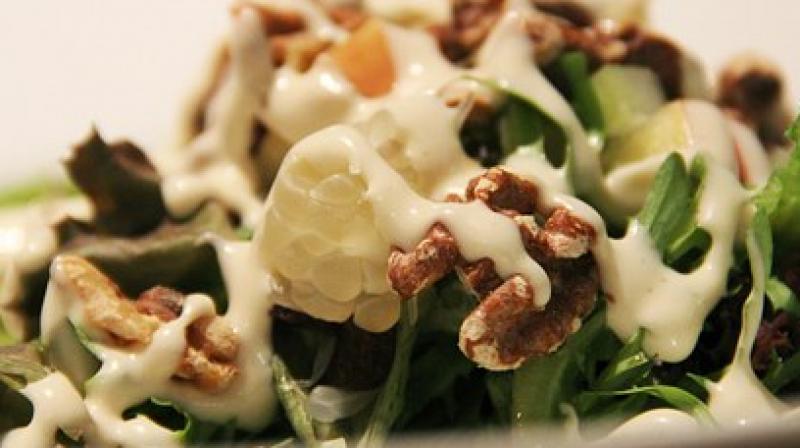 The memory of mice with amnesia returned after they were fed the fermented product. (Photo: Pixabay)

A study has revealed that drinking blueberry vinegar or using it in salad dressing can help fight dementia.

According to researchers of Konkuk University Chungju in South Korea, the memory of mice with amnesia returned after they were fed the fermented product as the condiment produced by allowing the fruit to sour is rich in a brain-boosting chemical.

They explained that after consuming it, participants had more of protein that fuels nerve cells that destroys a compound that causes dementia in patients.

"Intriguingly, we found administrated blueberry vinegar at a dose of 120 mg/kg for a week prevented the amnesia model," Lim added.

He said the vinegar restored brain function by preventing neuronal damage in the hippocampus, the area that controls memory.

The results suggest that the mice given the vinegar showed it reduced the breakdown of the chemical acetylcholine.

It has recently been established the brains of people with Alzheimer's, the most common form of dementia, have lower levels of this signaling compound.

Drugs to stop the breakdown of acetylcholine have been developed to fight dementia, but they often don't last long in the body and can be toxic to the liver.

The team analysed the performance of animals in mazes and an avoidance test, in which the mice would receive a small electric shock to their feet in one of two chambers.

Blueberry vinegar may be a promising functional material or food for the protective agents of amnesia related cognitive impairment, the researchers noted.

The research appears in the Journal of Agricultural and Food Chemistry.