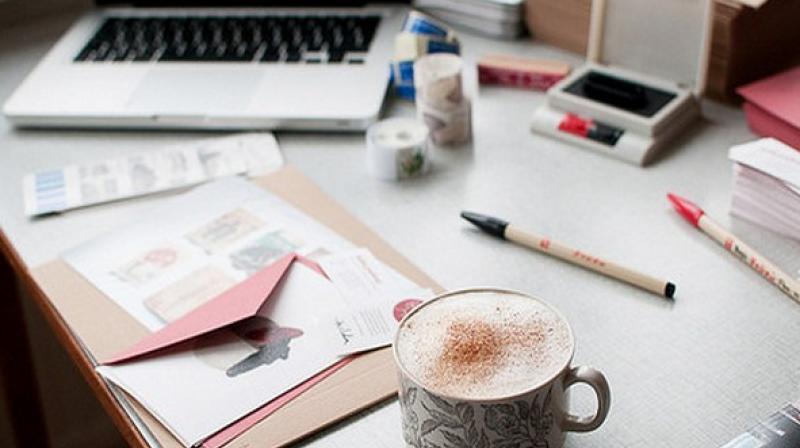 People should be aware that long work hours might affect their heart health. (Photo: ANI)

Washington: According to a new study, office workers who spend long hours on the job are more likely to have high blood pressure, including a type that can go undetected during routine medical check-ups.

The study was published in the journal Hypertension.

High blood pressure affects nearly half of Americans ages 18 and older and is a primary factor in more than 82,000 deaths per year. Approximately 15-30 per cent of U.S. adults have a type of condition called masked hypertension, meaning their high blood pressure readings are normal during health care visits but elevated when measured elsewhere.

The new study, conducted by a Canadian research team, enlisted more than 3,500 white-collar employees at three public institutions in Quebec. These institutions generally provide insurance services to the general population. Compared with colleagues who worked fewer than 35 hours a week :

According to lead author Xavier Trudel, Ph.D., assistant professor in the social and preventive medicine department at Laval University in Quebec, Canada, "Both masked and sustained high blood pressure are linked to higher cardiovascular disease risk."

"The observed associations accounted for job strain, a work stressor defined as a combination of high work demands and low decision-making authority. However, other related stressors might have an impact," Trudel said.

The authors noted several strengths of the study, including its many volunteers, accounting for multiple factors that can impact blood pressure, repeated testing over several years, the use of wearable monitors instead of relying on workers' reports of their blood pressure readings; and the use of the same monitors for all blood pressure measurements.

"People should be aware that long work hours might affect their heart health, and if they're working long hours, they should ask their doctors about checking their blood pressure over time with a wearable monitor," Trudel said.