Incarceration as juvenile has adverse effects on health

Compared to those not incarcerated, those in the system for more than a year were nearly four times more likely to have depression. 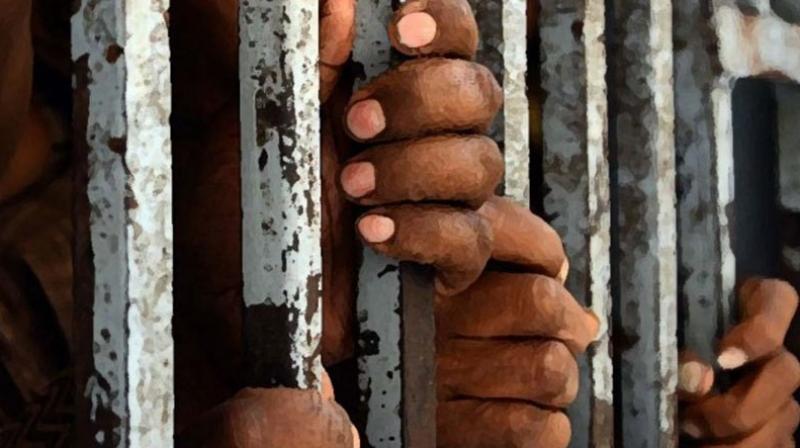 Like most things in life, the experiences they have as a young person seem to carry over into their adult years (Photo: AFP)

Los Angeles: People incarcerated as juveniles may have worse physical and mental health as adults than youths who did not spend time in detention centers or correctional facilities, according to a new study.

"A lot of people think there are potentially harmful effects of being in the justice system, but the long-term effects really haven’t been quantified," said lead author Dr. Elizabeth Barnert, of the David Geffen School of Medicine at the University of California, Los Angeles.

The magnitude of the increased health risks was tied to the time people spent incarcerated, researchers found. About 1.3 million children under age 18 years are arrested each year, write the researchers in Pediatrics. Of those, 46 percent require some type of immediate medical attention. Additionally 70 percent of incarcerated children have at least one psychiatric disorder.

For the new study, the researchers analyzed data collected from 14,344 participants in the National Longitudinal Study of Adolescent to Adult Health. The researchers aimed to see if their duration of incarceration was linked to general health, functional limitations, depressive symptoms and suicidal thoughts as adults.

Compared to participants who were never incarcerated, those who were in the juvenile justice system for less than a month were 41 percent more likely to have symptoms of depression as adults.

Being incarcerated for one to 12 months was tied to a 48 percent increased risk of worse general health as an adult than those who weren't involved with the juvenile justice system.

Similarly, a second study published in the same journal found factors that put people at risk for HIV and AIDS were more common among adults who spent time in the juvenile justice system than the general population.

Like the general population, Karen Abram and colleagues at the Northwestern University Feinberg School of Medicine in Chicago write that the prevalence of those risk factors declined over time.

"Like most things in life, the experiences they have as a young person seem to carry over into their adult years," said Ralph DiClemente, of Emory University's Rollins School of Public Health in Atlanta.

DiClemente, who co-authored an editorial accompanying the new studies, said that juvenile detention can be very traumatic even though children are typically not incarcerated for years at a time.

For example, he said, children may not have a lot of worldly experiences and may have never left their communities, but they're being put into a facility with a lot of other people.

"They’re fearful and traumatized from being away," he said. Instead of incarceration, DiClemente said one possible alternative is diversion programs like community service or treatment. Also, introducing programs to promote healthy behaviors and decrease risk are important.

While implementing programs cost money, he said prevention and risk reduction programs may pay off later when people are not needing to be treated for more severe health conditions. "It becomes an issue of do you pay me now or pay me later," DiClemente said.

Barnert said that juvenile incarceration should be seen as a factor that influences future health. Some states have age limits that dictate how old a person has to be before they're involved with the justice system, she said. Incarceration is something that should be discussed in doctors' offices, but there are obstacles.

"It’s not something professional associations as a whole are addressing well or individual clinicians feel comfortable discussing," she said.