The nicotine compensates for a genetically determined impairment 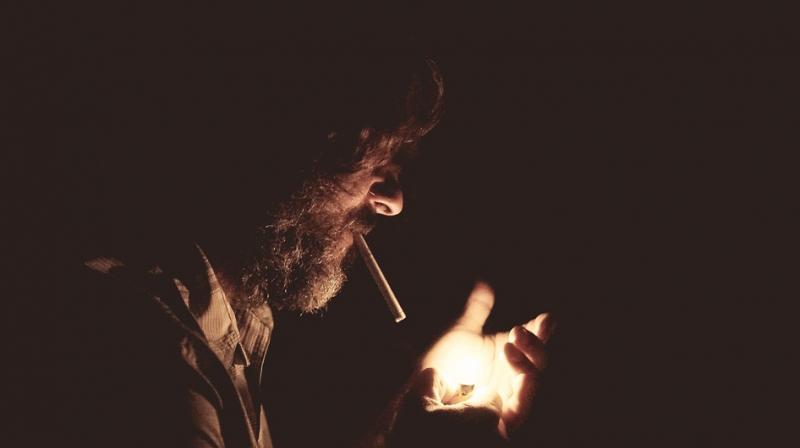 Washington: A steady stream of nicotine normalises genetically-induced impairments in brain activity associated with schizophrenia, according to a new study that could lead to new non-addictive, nicotine-based treatments for the 51 million people worldwide who suffer from the disease.

The finding sheds light on what causes the disease and why those who have it tend to smoke heavily. It could also potentially have applications for treating addiction, Attention Deficit Hyperactivity Disorder, Bipolar disorder and other psychiatric conditions."Our study provides compelling biological evidence that a specific genetic variant contributes to risk for schizophrenia, defines the mechanism responsible for the effect and validates that nicotine improves that deficit," said Jerry Stitzel, researcher at the Institute for
Behavioural Genetics (IBG) in the US.

The study found that when mice with schizophrenic characteristics were given nicotine daily, their sluggish brain activity increased within two days. Within one week it
had normalised."Basically the nicotine is compensating for a genetically determined impairment. No one has ever shown that before," said Stitzel.The scientists set out to explore the underlying causes of "hypofrontality" a reduction of neuronal firing in the
prefrontal cortex of the brain.

Hypofrontality is believed to be the root cause of many of the signature cognitive problems experienced by schizophrenics, including trouble paying attention, remembering things, making decisions and understanding verbal explanations.
Previous genome-wide association studies have suggested that people with a variation in a gene called CHRNA5 are more likely to have schizophrenia, but the mechanism for that association has remained unclear. People with that variant are also more likely to smoke.

Eighty to 90 per cent of people with schizophrenia smoke and most are very heavy smokers, a fact that has long led researchers to suspect they are self-medicating.
The research team first took mice with the CHRNA5 gene variant and used state-of-the-art brain imaging technologies to see if they had hypofrontality. Then they conducted behavioural tests to see if the mice shared key characteristics of schizophrenics, like being unable to suppress a startle response and being averse to
social interaction.

The results validated that the gene variant likely plays a role in schizophrenia by causing hypofrontality, said Stitzel. Nicotine appeared to reverse this in the mice,
normalising brain activity by acting on nicotinic receptors in regions of the brain key to healthy cognitive function. The study appears in the journal Nature Medicine.