Multiple scientific research have revealed how healthful cranberries can be. 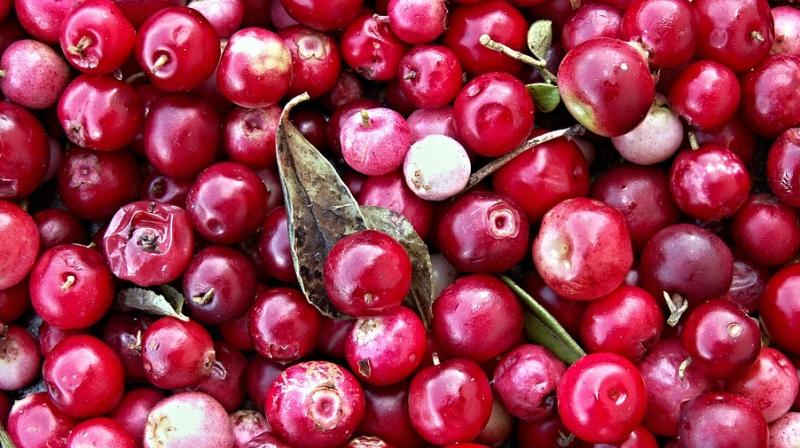 The authors analysed several studies to determine the effect of cranberry on the risk of recurrence of UTIs in generally healthy women. This included studies that were randomized controlled trials conducted between January 2010 and July 2017. The study participants were healthy, non-pregnant women aged over 18 years with a history of uncomplicated UTI. They were either subjected to a cranberry intervention, or a placebo/non-treatment control group.

In total, 1,498 participants were included from seven different trials, with 798 in the cranberry treatment groups (juice plus tablets or capsules) and 702 in the placebo or control groups.

Seven randomised controlled trials in healthy women at risk of recurrent UTI (n = 1498 subjects) were identified. The meta-analysis found that cranberry reduced the risk of recurrent UTI by 26 percent (pooled Relative Risk = 0.77; 95 percent CI: 0.64-0.93; I2 = 47 percent), among those who used cranberry products compared with those in the placebo or control groups. Among the participants who did not have a UTI at enrollment, the cranberry intervention reduced the risk for UTI recurrence by 35 percent.

The results suggest that cranberry can be used as a non-antibiotic alternative to prevent the recurrence of UTIs in generally healthy women. These findings are useful especially to help reduce the cost of healthcare.

"To our knowledge, this is the first meta-analysis to focus on cranberry as a nutritive option to reduce the risk of recurrence of uncomplicated UTI in healthy non-pregnant women," commented the authors. Results of this meta-analysis suggest that "cranberry can be a potential nonpharmacologic approach for generally healthy women to prevent an uncomplicated recurrent UTI," conclude the authors.

According to Dr. Nupur Gupta, Paras Hospital, Consultant and Unit Head Gynecology, "UTIs in women are common and can be hard to treat due to rising rates of antibiotic resistance. Several researchers have suggested that cranberry consumption interferes with the attachment of bacteria from sticking to the lining of the urinary tract due to compounds found in cranberries called proanthocyanidins. Women can consume cranberry while practicing other self-help treatments of preventing UTIs that together can significantly reduce the risk of developing a UTI to begin with. Also, Cranberries are low in calories, high in antioxidants and nutrients, and have a ton of vitamin C meaning it helps boost the immune system."

Multiple scientific research have revealed how benefical cranberries can be for our health. Packed with phytonutrients (naturally derived plant compounds), cranberries are a great choice for the health-conscious consumer. Cranberries are available in a wide variety of forms including fresh fruit, juice, sauce, and dried. All forms of cranberry products provide similar health benefits and are easy to incorporate into the diet.