Perks of having leg day at the gym

A new study found limiting physical activity decreased the number of neural stem cells by 70 percent compared to a control group of mice. 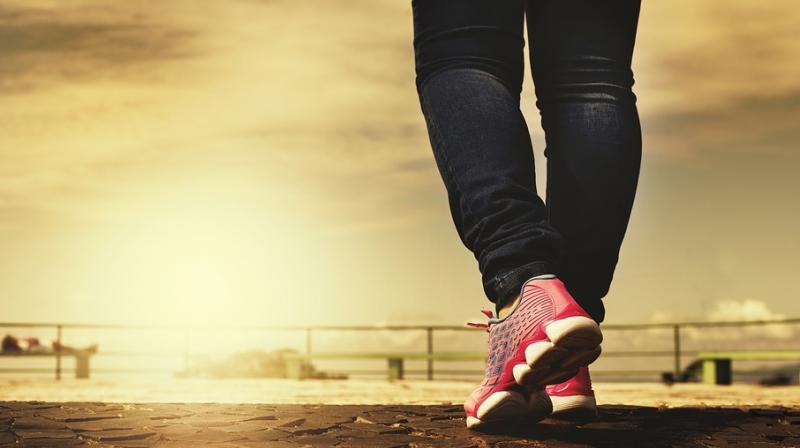 Washington:Turns out, leg exercises do not just tone your leg muscles; they are critical to the brain and nervous system health.

According to a study conducted by Frontiers, neurological health depends as much on signals sent by the body's large, leg muscles to the brain as it does on directives from the brain to the muscles.

"Our study supports the notion that people who are unable to do load-bearing exercises - such as patients who are bed-ridden, or even astronauts on extended travel - not only lose muscle mass, but their body chemistry is altered at the cellular level and even their nervous system is adversely impacted," said researcher Raffaella Adami.

The study involved restricting mice from using their hind legs, but not their front legs, over a period of 28 days. The mice continued to eat and groom normally and did not exhibit stress.

At the end of the trial, the researchers examined an area of the brain called the subventricular zone, which in many mammals has the role of maintaining nerve cell health. It is also the area where neural stem cells produce new neurons.

Limiting physical activity decreased the number of neural stem cells by 70 percent compared to a control group of mice, which were allowed to roam. Furthermore, both neurons and oligodendrocytes - specialised cells that support and insulate nerve cells - didn't fully mature when exercise was severely reduced.

The research showed that using the legs, particularly in weight-bearing exercise, sent signals to the brain that are vital for the production of healthy neural cells, essential for the brain and nervous system. Cutting back on exercise makes it difficult for the body to produce new nerve cells - some of the very building blocks that allow us to handle stress and adapt to challenge in our lives.

"It is no accident that we are meant to be active: to walk, run, crouch to sit, and use our leg muscles to lift things," said Adami. "Neurological health is not a one-way street with the brain telling the muscles 'lift,' 'walk,' and so on."

The researchers gained more insight by analysing individual cells. They found that restricting exercise lowers the amount of oxygen in the body, which creates an anaerobic environment and alters metabolism.

Reducing exercise also seems to impact two genes, one of which, CDK5Rap1, is very important for the health of mitochondria - the cellular powerhouse that releases energy the body can then use. This represents another feedback loop.

These results shed light on several important health issues, ranging from concerns about cardio-vascular impacts as a result of sedentary lifestyles to insight into devastating diseases, such as spinal muscular atrophy (SMA), multiple sclerosis, and motor neuron disease, among others.

"I have been interested in neurological diseases since 2004," said co-author Daniele Bottai. "The question I asked myself was: is the outcome of these diseases due exclusively to the lesions that form on the spinal cord in the case of spinal cord injury and genetic mutation in the case of SMA, or is the lower capacity for movement the critical factor that exacerbates the disease?"

The study appears in the journal Frontiers in Neuroscience.