Majority of those who got medicine received buprenorphine, that helps reduce cravings 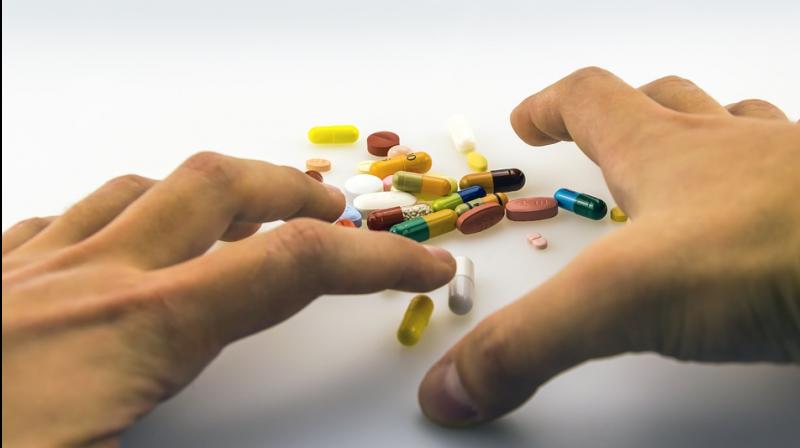 Study suggests that opiod users do not get treatment (Photo: Pixabay)

Even as a growing number of U.S. teens and young adults are abusing opioid drugs, only about one in four of them are getting medications to combat addiction, a new study suggests.

The proportion of Americans aged 13 to 25 diagnosed with opioid use disorders surged almost six-fold from 2001 to 2014, researchers report in JAMA Pediatrics. During that period, the average annual rate of opioid use disorder among teens and young adults climbed from 0.26 cases to 1.51 cases for every 100,000 people.

Overall, just 27 percent of these young patients diagnosed with opioid use disorder were prescribed buprenorphine and naltrexone, two medicines to treat addiction, within six months of their diagnosis.

“Medications have been shown to treat withdrawal and cravings, and reduce relapse, and are an extremely effective component of treatment for opioid use disorder,” said lead study author Dr. Scott Hadland, a pediatrician and addiction specialist at Boston Medical Center.

“Offering medications early in the life course of addiction – particularly to patients with severe addiction – is critical to prevent downstream harm from addiction,” Hadland said by email.

To assess how often addicted youth receive medication for opioid use disorders, Hadland and colleagues examined health insurance claims data for 9.7 million young people, for the years 2001 to 2014.

Overall, almost 21,000 teens and young adults in the study, or about 0.2 percent, were diagnosed with opioid use disorder. About 5,600 of these young people received medications to treat their addiction.

The majority of those who got medicine received buprenorphine, an opioid that helps reduce cravings by targeting the same places in the brain that are impacted by addictive opioids like heroin, morphine, and codeine. A minority, about 11 percent, received naltrexone, a medicine for alcohol and drug addiction.

The early years of the study coincided with the 2002 introduction of buprenorphine, and prescriptions of anti-addiction drugs for opioid use disorder in teens and young adults jumped more than 10-fold from 3 percent in 2002 to almost 32 percent in 2009. But after that, prescriptions declined even as addiction rates rose.

Younger teens, females, and black and Hispanic youth were less likely to get medication for opioid use disorder than older youth, males and white people, the study also found.

One limitation of the study is that researchers lacked data on the severity of addiction, which may have influenced whether patients received medications, the authors note. Because the study only included people with private health insurance, it’s also possible that results would look different for young people with other benefits like Medicaid or who were uninsured.

Even so, the results underscore the importance of 2016 recommendations from the American Academy of Pediatrics advising pediatricians to consider medication for adolescents with opioid addiction, said Brendan Saloner of Johns Hopkins Bloomberg School of Public Health in Baltimore in an accompanying