Almost all new parents are tired, but if a dad (or a mom) is continually feeling blue they can start by talking to their child’s doctor. 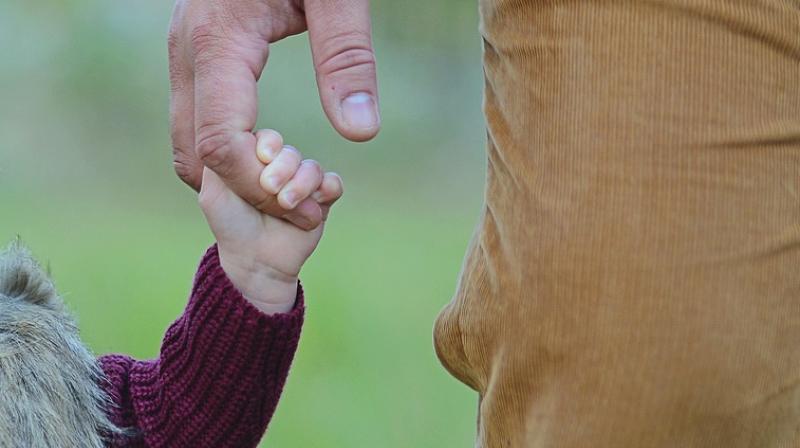 Almost all new parents are tired, but if a dad (or a mom) is continually feeling blue they can start by talking to their child’s doctor. (Photo: Pixabay)

Fathers of young children may be almost as likely as new mothers to experience symptoms of depression, a U.S. study suggests.

Researchers examined results from depression screenings done for parents during more than 9,500 visits to pediatrics clinics with their children. Overall, 4.4 percent of fathers and five percent of mothers screened positive for depression.

“The fact that so many new dads are experiencing this is significant because depression can have serious consequences if left untreated,” said lead study author Erika Cheng, a pediatrics researcher at the Indiana University School of Medicine in Indianapolis.

“We know that dads who are depressed are less engaged with their kids, which can lead to cognitive and behavioral problems,” Cheng said by email. “Dads who experience symptoms of depression - which include sadness, irritability, agitation, and anger - shouldn’t hide their feelings, because professional help is available.”

Roughly one in four mothers experience depression at some point during pregnancy or while their children are young, Cheng and colleagues note in JAMA Pediatrics. While many women may be screened during prenatal visits or checkups after birth, men may not necessarily have the same access to screening.

Because parental depression can have lasting physical and mental health affects for young children, the American Academy of Pediatrics recommends that all parents - both mothers and fathers - get screened for depression during well-baby and well-child checkups.

As the study highlights, one problem with this approach is that fathers often aren’t the parent taking kids to the doctor.

Fathers were present at more than 2,900 visits, or about 31 percent of the time, the study found. They were less likely to come to these checkups when children were older, black or poor.

But out of all the parents evaluated, fathers comprised just 12 percent of the people who screened positive for depression.

This suggests that many fathers are going undiagnosed and untreated for depression, the study authors conclude.

One limitation of the study is that it was done at just five pediatrics clinics in Indianapolis, and it’s possible screening results might be different elsewhere.

It’s also possible that not all people who screened positive for symptoms of depression would ultimately be diagnosed with the mental health disorder, said Karen Wynter, a researcher in nursing and midwifery at Deakin University in Melbourne, Australia. Fathers also might not report the same symptoms as mothers, Wynter, who wasn’t involved in the study, said by email.

“Men may be less likely than women to report tearfulness, for example, but more likely to report irritability, anger, risky alcohol use or changed work habits,” Wynter said. “These may be indicators that men are not coping so well with the adjustment to a new life with a baby.”

Still, the results suggest that screening parents during children’s checkups may help spot symptoms of depression in fathers who otherwise might not get assessed or treated, said Dr. Craig Garfield, a pediatrics researcher at Northwestern University and Lurie Children’s Hospital of Chicago.

“Children thrive when parents thrive,” Garfield, who wasn’t involved in the study, said by email.

“Almost all new parents are tired, but if a dad (or a mom) is continually feeling blue, unable to enjoy the things they usually enjoy or are feeling abnormally stressed, they can start by talking to their child’s doctor,” Garfield advised. “By letting the doctor know how they are feeling, that new dad may find the help and resources to get him through the transition to parenthood, and be the best dad he can be for his child.”