Now, a faster and more accurate test for liver cancer 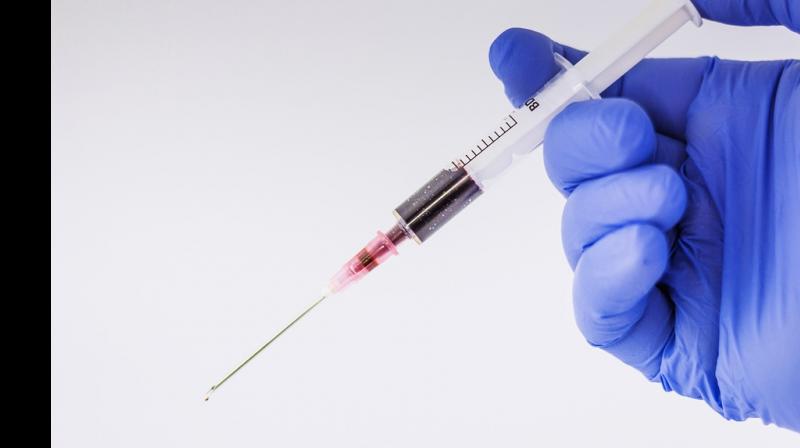 This new and inexpensive test, the team is working to lower the cost to about USD 3 per test, can be administered wherever the patient is (Photo: Pixabay)

Washington DC: If you are one of those suffering from Liver Cancer, we have some important news for you.

A team of researchers has developed a rapid portable screening test for liver cancer (hepatocellular carcinoma) that doesn't involve sending a specimen to a blood lab and cuts the wait time for results from two weeks to two minutes.

This new and inexpensive test, the team is working to lower the cost to about USD 3 per test, can be administered wherever the patient is, which will be particularly valuable in developing nations with little access to hospitals.

As of now, testing for liver cancer involves lab-based blood tests and ultrasound imaging, both of which require traveling to major cities and can often cost more than a month's salary in low-and middle-income countries.

Marc Porter, University of Utah chemical engineering and chemistry professor and study's lead author, shared, "If we can develop a rapid test that performs at a high level of clinical accuracy. Then we've got something that can have an impact on human lives."

The team also explained that the test can be easily modified to detect infectious diseases such as tuberculosis, malaria and dengue fever, a mosquito-borne tropical disease that can be life-threatening.

The test uses a small domino-sized plastic cartridge containing a paper membrane that selectively traps biomarkers (proteins specific to a certain disease) from biological fluids. A small droplet of blood, saliva, or urine, or even a teardrop, from the patient is dropped onto the membrane.

This is followed by the droplet of gold nanoparticles, which tags the biomarkers trapped in the membrane. If the biomarkers are present, a red spot appears, signaling the patient has the disease and should seek more testing and possible treatment.

Jennifer Granger, Nano Institute of Utah research associate, noted, "The concept is similar to a home pregnancy test, but instead of flowing laterally, it flows through the membrane." The idea for the test is a spinoff of a similar test Porter developed eight years ago that astronauts on the International Space Station used to test the cleanliness of their drinking water.

Porter shared, "This is a smarter offshoot of that."

Now that the team has proven the concept with liver cancer and built a prototype test kit, researchers plan to evaluate the technology in Mongolia in spring of 2019, which has the highest rate of liver cancer in the world.

The study was published in Journal Analytical Methods.