A well-fuelled brain may have offered us better survival odds than well-fuelled muscles when facing an environmental challenge. 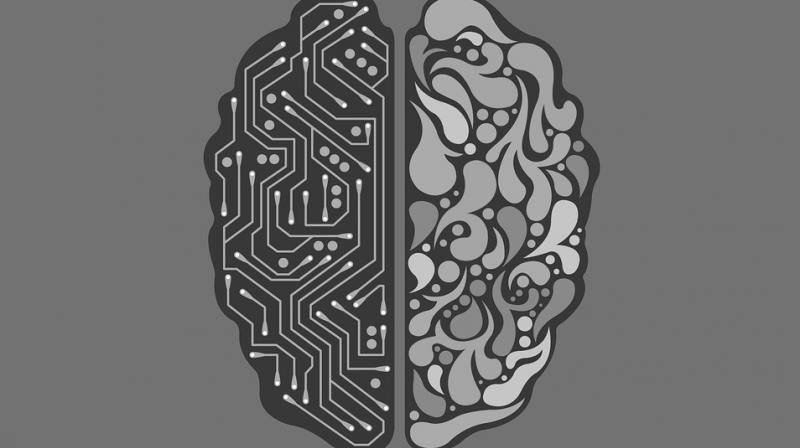 A well-fuelled brain may have offered us better survival odds than well-fuelled muscles when facing an environmental challenge.

Our "selfish brain" has evolved to prioritise its own energy needs over those of skeletal muscles, which may have helped our species survive and thrive, according to a Cambridge study.

The study, published in the journal Scientific Reports, investigated the immediate trade-off that occurs inside us when we have to think fast and work hard at the same time.

Researchers from University of Cambridge in the UK found that while both thinking and movement are impaired, our mental ability is less affected than our physical capacity.

The team tested 62 male students drawn from the rowing crews with an average age of 21 years.

They then performed both tasks at once, with individual scores compared to those from previous tests. The challenge of rowing and remembering at the same time reduced both physical and mental performance.

Across all participants the drop in physical power was on average 29.8 per cent greater than drop in cognitive function, researchers said.

The results add evidence to the 'selfish brain' hypothesis: that the brain has evolved to prioritise its own energy needs over those of peripheral organs, such as skeletal muscle, they said.

"A well-fuelled brain may have offered us better survival odds than well-fuelled muscles when facing an environmental challenge," said Danny Longman from University of Cambridge.

The development of an enlarged and elaborated brain is considered a defining characteristic of human evolution, but one that has come as a result of trade-offs, researchers said.

"At the evolutionary level, our brains have arguably cost us decreased investment in muscle as well as a shrunken digestive system. Developmentally, human babies have more stored fat than other mammals, acting as an energy buffer that feeds our high cerebral requirements," Longman said.

The adult brain derives its energy almost exclusively from the metabolism of glucose. Yet skeletal muscle mass is also energetically expensive tissue, accounting for 20 per cent of the human male 'basal metabolic rate' - the energy used when doing nothing.

Limited supply of blood glucose and oxygen means that, when active, skeletal muscle becomes a "powerful competitor" to the brain.

"This is the potential mechanism for the fast-acting trade-off in brain and muscle function we see in just a three minute window," Longman said.

"Trade-offs between organs and tissues allow many organisms to endure conditions of energy deficit through internal prioritising. However, this comes at a cost," said Longman.

"The selfish nature of the brain has been observed in the unique preservation of brain mass as bodies waste away in people suffering from long-term malnutrition or starvation, as well as in children born with growth restriction," he said.