Scientists develop device to deliver cancer therapy without side effects

What distinguishes the approach from others is the use of the implantable nanodevice that can be placed inside the tumour very accurately. 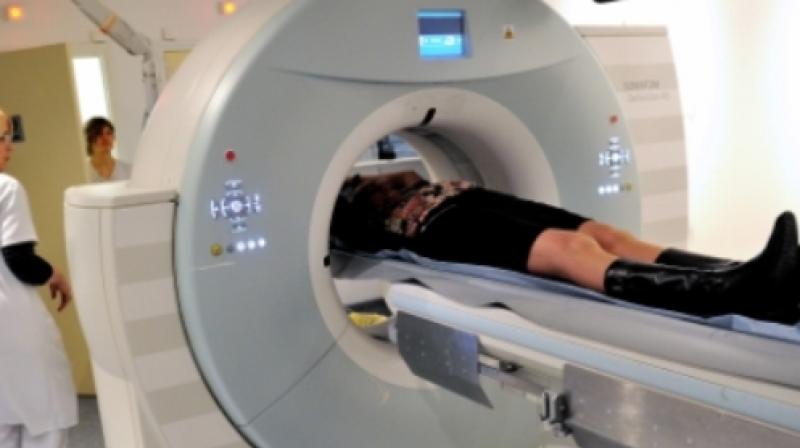 These immunotherapy payloads come in a little metal device with nanochannels (Photo: AFP)

Houston: Scientists have developed an implantable nanodevice to deliver immunotherapy without side effects to treat triple-negative breast cancer.

Inserted straight into a tumour, this nanofluidic seed makes it possible to deliver a one-time, sustained-release dose that would eliminate the need for patients to undergo several treatments over time, according to the study published in the Journal of Controlled Release.

Invented by Alessandro Grattoni from the Houston Methodist Research Institute in the US, this tiny device is smaller than a grain of rice and, once inserted inside a tumour, can deliver the medication little by little, gradually releasing the drug from its reservoir.

"With this research we are trying to establish a novel strategy to deliver immunotherapy straight into a tumour instead of delivering it to the whole body of a patient," Grattoni said.

"And we're trying to understand whether delivering it this way would actually be more effective and have less side effects as compared to conventional immunotherapy, which today is given to the entire body of the patient," he said.

What distinguishes the approach from others is the use of the implantable nanodevice that can be placed inside the tumour very accurately, with just one, simple procedure and with the ability to sustain the delivery of the immunotherapy over a prolonged period of time.

"Timing of the release may be extremely important," said E Brian Butler from Houston Methodist.

"These immunotherapy payloads come in a little metal device with nanochannels that release the medication at a constant rate in a controlled way," said Butler.

Grattoni said that by providing sustained doses, their implant maintains an active level of the drug for extended periods of time.

This would reduce the need for continual clinic visits, which are usually required for immunotherapy and other cancer treatments.

By contrast, most other methods currently under preclinical and clinical trials require multiple injections into the tumour and, in many instances, necessitate repeated invasive procedures to access it.

Injecting drugs straight into a tumour as a single dose may not be very effective, as only a part of it will stay, with the rest being rapidly eliminated due to the high-pressure nature of a tumour's microenvironment.

"We are in the middle of an exciting time in medicine, because if we can get it to work, you decrease the toxicities to the patient," Butler said.

"This offers the opportunity of treating locally and getting the systemic response without all the side effects," he said.