Child in Karnataka born with four legs and two penises

The child's parents were initially reluctant about surgery but agreed after talking to the staff. 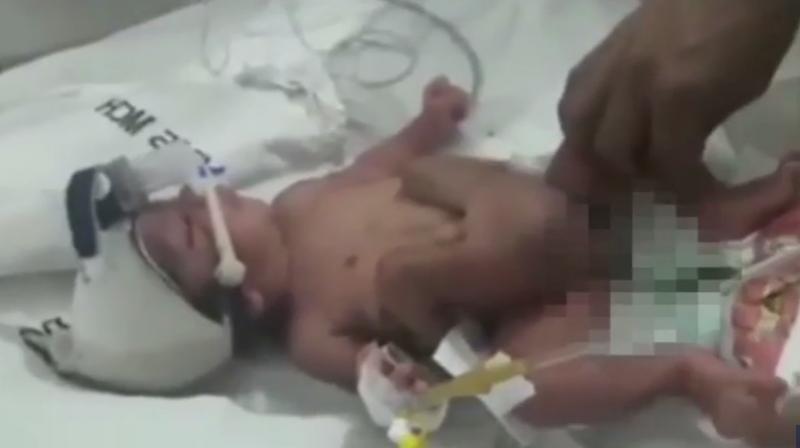 The child is being kept under observation (Photo: YouTube)

Raichura: Reports of children being born with several birth defects have been making headlines in India for the past year as families have had to go through a lot for treatment of their children, even as some continue to suffer from conditions that can at times even prove fatal.

But a child born in Karnataka is being described as a gift from god by his parents as the boy has four legs and two penises. Delivered at the Dhadeasugure Primary Health centre in Raichur, the infant will be going surgery despite initial reluctance from his parents to get him treated.

The family was apprehensive at the beginning since they are poor and can’t afford surgery, but now they have agreed after talking to the staff as the child is under observation.

The couple also have a three-year-old child who has no such medical conditions.