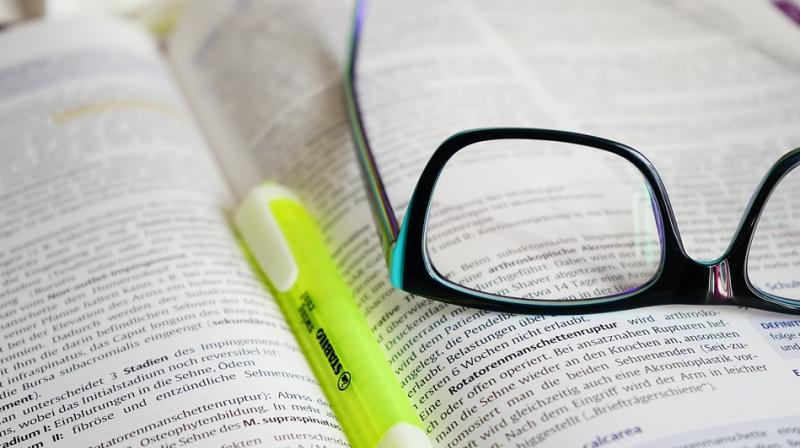 59 percent of students thought that the majority of their peers used non-prescribed stimulants more frequently than themselves. (Photo: Pixabay)

New Delhi: A European study has revealed that the majority of university students believe it is the social norm to use drugs like Ritalin to enhance academic performance - despite very few having used stimulants themselves.

The project looked at attitudes towards the 'non-medical use of prescription medicines' among university students in seven EU countries and was co-authored by Dr Robert Dempsey, Lecturer in Psychology at Staffordshire University, alongside colleagues across Europe.

"The 'social norms' approach was developed in the US and the majority of the research has been with US students - so there's a lack of research in the EU and UK. There have been very limited studies into Ritalin use in the EU in particular so we wanted to explore this." explained Dr Dempsey.

Dr Dempsey Further said, "Interestingly, only 6 percent of our overall sample reported ever using Ritalin themselves - so there seems to be a difference between what students perceive to be a social norm versus what actually happens." 59 percent of students thought that the majority of their peers used non-prescribed stimulants more frequently than themselves, and only 4% thought that the use of the majority was lower than their personal use.

There were also differences within the universities themselves. For example, students in medicine-related faculties often report use of substances, possibly as a means to cope with particularly demanding courses.

Dr Dempsey believes these attitudes towards substance use may be the result of high levels of academic-related stress widely reported among university students. "There is growing evidence that students today report feeling a significant amount of pressure to succeed in their studies - perhaps because of increased tuition fees or more competition for graduate jobs. This could explain why they believe that others may be using Ritalin to perform better."

Adding, "However our findings uncover a more worrying issue - if Ritalin use is thought to be a common and acceptable behaviour then over time we could see an increase in the number of students who use such drugs."

Previous studies into alcohol use have shown that a highly influential factor in predicting substance use behaviour in young people is the perception of the behaviour among peers.Dr Dempsey thinks that the best way to tackle this is to highlight to students that what they believe is the social norm is far from the truth.

"It's about challenging myths through information, not me as a lecturer saying "don't do this", rather making students aware of the fact that their perceptions don't match the reality of what their fellow students actually do," Dr Dempsey explained. "Hopefully if they realise that very few of their peers use stimulants like Ritalin then students will be more likely to question whether they should use drugs like this themselves."

The study 'Personal and perceived peer use and attitudes towards the use of nonmedical prescription stimulants to improve academic performance among university students in seven European countries' was published in the journal Drug and Alcohol Dependence.