Life   Health  25 May 2018  Here’s how music affects your order at restaurants
Life, Health

Here’s how music affects your order at restaurants

Study finds loud music means you're likely to get a cheeseburger and soft music will make you opt for a salad. 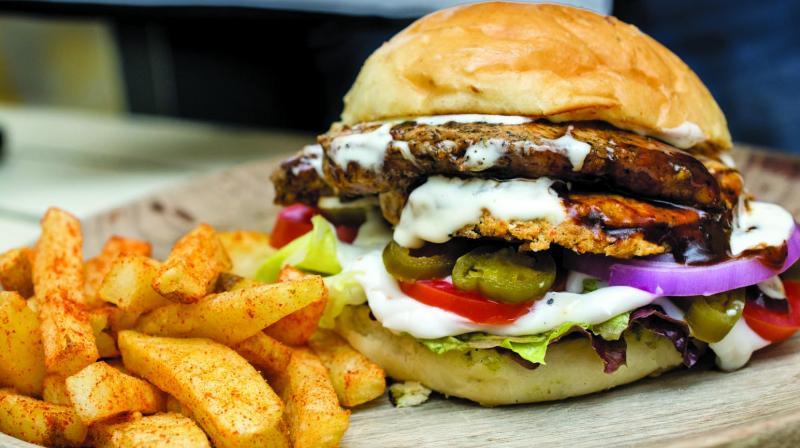 Ordering a greasy burger in a restaurant instead of a low-calorie dish? Blame it on the music.

A new study now finds that music not only sets the mood of an evening but can also influence what a person orders.

According to the study, when subjected to louder music, people have a tendency to order unhealthy food. However, if the same track is playing in the background but quieter, they are more likely to opt for a healthier alternative, the study further finds.

Tempo of music has long been linked to levels of excitement - a quicker beat raises the heart rate while a slower rhythm induces relaxation.

Dr Dipayan Biswas from the University of South Florida looked at the effect of music volume on human behaviour. Dr Biswas found that volume directly impacts heart rate and arousal.

Louder music increases stimulation and stress, inspiring diners to crave a greasy cheeseburger and fries while softer music has a calming effect, making people more mindful of what they order, researchers found.

Lead author of the study, Dr Biswas believes that this discovery could be used to manipulate people's buying habits.

Writing in his paper, published in the Journal of the Academy of Marketing Science, Dr Biswas wrote, 'Retail atmospherics is becoming an increasingly important strategic tool for stores and restaurants. Ambient music and background noise are especially important atmospheric elements given their ubiquity in retail settings.'