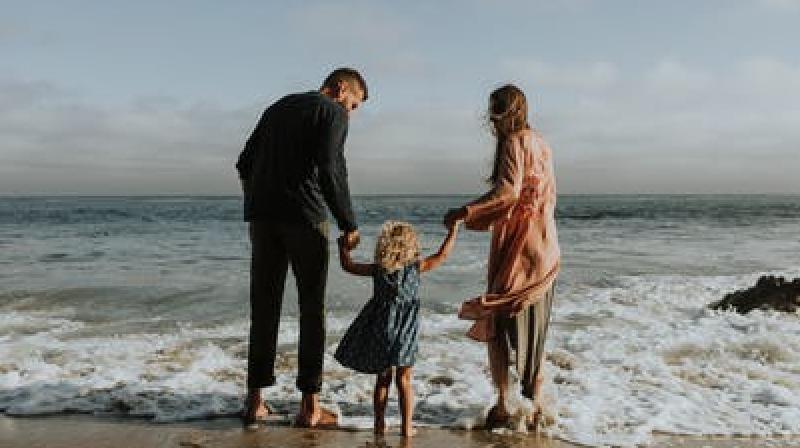 Optimising dad's health and minimising his exposures will likely increase the chances of a healthy epigenetic outcome for his future children. (Photo: Representational/Pexels)

Washington: It is widely believed that a mother's lifestyle impacts the health of the offspring, however, one would be surprised to know that even the father's choices have an effect on it. The study of DNA from umbilical cord blood leukocytes found that paternal obesity is linked to hypomethylation at offspring's insulin-like growth factor (IGF2) gene, reported Contemporary Pediatrics.

The research published in the 'BMC Medicine' in 2013 suggested that the father's lifestyle could be passed onto their kids by an epigenetic mechanism. The study's author Susan K. Murphy, Duke University Medical Center, said, "I don't think that we previously considered that the father could biologically contribute more to his offspring than the DNA in his sperm. Most research has focused on how the in-utero environment and health of the mother would impact development."

"This research and other emerging data are showing that the preconception health of the father, including his body mass index (BMI), is able to impact the status of his child's DNA. This impact is not due to genetic changes, but rather to epigenetic shifts that determine how the child's DNA is regulated," Murphy added.

For the study, Murphy and her colleagues studied blood leukocytes from 79 newborns' umbilical cords. Also with the help of a standardised questionnaire and medical record, the researchers obtained data about parental characteristics. They analysed two differentially methylated regions (DMRs): the IGF2 DMR and the DMR upstream of the neighbouring H19 gene (H19 DMR).

The study found that about one in five of the fathers had a BMI of 30 kg/m2. Hypomethylation at the IGF2 DMR was linked to paternal obesity, however, the researchers did not find a significant association between paternal obesity and methylation patterns of H19 DMR.

"As a result, exposures to adverse lifestyle factors or poor or overnutrition during spermatogenesis may affect the reprogramming of methylation profiles at imprinted genes. Further research is necessary to confirm this hypothesis," wrote the researchers.

The comment published in the same 'BMC Medicine issue' titled 'Fat dads must not be blamed for their children's health problems,' the authors noted the importance of taking an unbiased look at the big picture--considering the whole genome/epigenome/metabolome and involving all key genes and networks, reported Modern Medical Network. "It is also important to critically assess environmental players," wrote the comment authors.

"It is tempting to overemphasise the role of a small number of parent-of-origin expressing genes and to speculate about the effects of modest variation in methylation, but we must not be too hasty to blame either parent for their offspring's health outcomes without being certain that these effects are consequentially robust," the author wrote further. According to Murphy, paediatrics can use epigenetic data to disseminate information that the father’s lifestyle and the decisions they make might impact the health of their unborn kids.

"As we learn more about the impact of the father's health status and environmental exposures on the offspring's epigenetic profile and how this might affect health outcomes, it is important for couples thinking about a future pregnancy to take into account that the health of the dad's sperm might not be optimal if he is not in good overall health or is exposed to environmental toxicants (pesticides, smoking tobacco, alcohol use, etc.). Optimising dad's health and minimising his exposures will likely increase the chances of a healthy epigenetic outcome for his future children," said Murphy.

Also, Murphy was one of the authors of a study of men who use cannabis alongside a study in rats exposed to delta-9-tetrahydrocannabinol (THC), the major psychoactive component in cannabis published in the journal 'Epigenetics'.

"We found that the sperm of the cannabis users and the THC-exposed male rats had epigenetic profiles that were substantially altered," Murphy says. "The particular genes that were affected were those involved in early growth and development, and also genes that become deregulated in cancers. However, we do not yet know if these epigenetic changes are able to be transmitted to the offspring, or if the changes are temporary or permanent in terms of sperm production. We are currently expanding this study and trying to answer these questions."

The study found that offsprings of the male THC-exposed rats show behavioural changes. "Again, this speaks to the idea that to be abundantly cautious, it would be best for couples planning pregnancy to abstain from cannabis use," said Murphy.