A two-month-old boy has an extra face and brain from his conjoined twin who failed to develop a body. 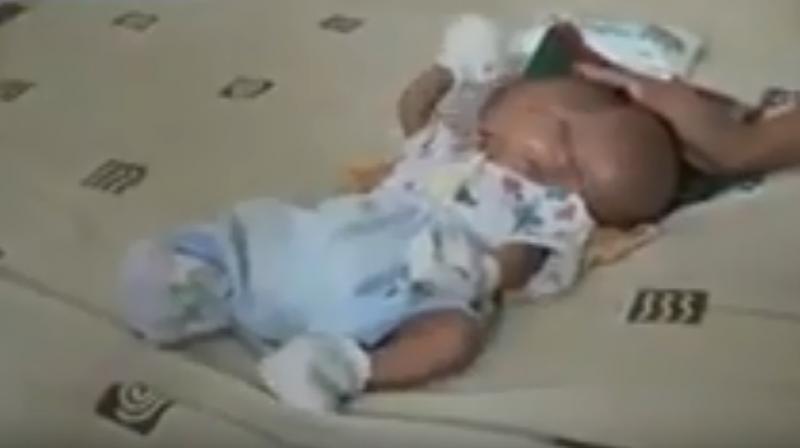 The complication has left him looking disfigured and suffering from a potentially fatal brain condition, which is causing fluid to build up. (Youtube Screengrab)

In a rare medical case, a baby has been born in Indonesia with two faces because his conjoined twin did not develop properly in the womb.

Two-month-old Gilang Andika, from Batam, a city in Indonesia about 20 miles (32km) across the sea from Singapore, has two faces and two brains but just one head.

The complication has left him looking disfigured and suffering from a potentially fatal brain condition, which is causing fluid to build up.

Although he has just one body with two arms and two legs, Gilang is technically a conjoined twin – a condition which affects one in every 2,50,000 births.

He has the extra face and brain of a sibling which did not grow its own body in the womb, because their mother's egg did not completely split in two during pregnancy.

Due to his rare predicament, Gilang cannot be breastfed, so has to be fed milk through a tube and his parents, Ernilasari and Mustafa, now desperately want help to save their son's life after local doctors told them they were unable to operate.

Doctors have said he is not likely to live long because of his condition.

The unfortunate infant also has a condition called hydrocephalus, which is caused by a build-up of fluid in the brain.

Many babies who are born with hydrocephalus have long-term brain damage, which can cause learning disabilities, speech, vision or memory problems, or epilepsy.